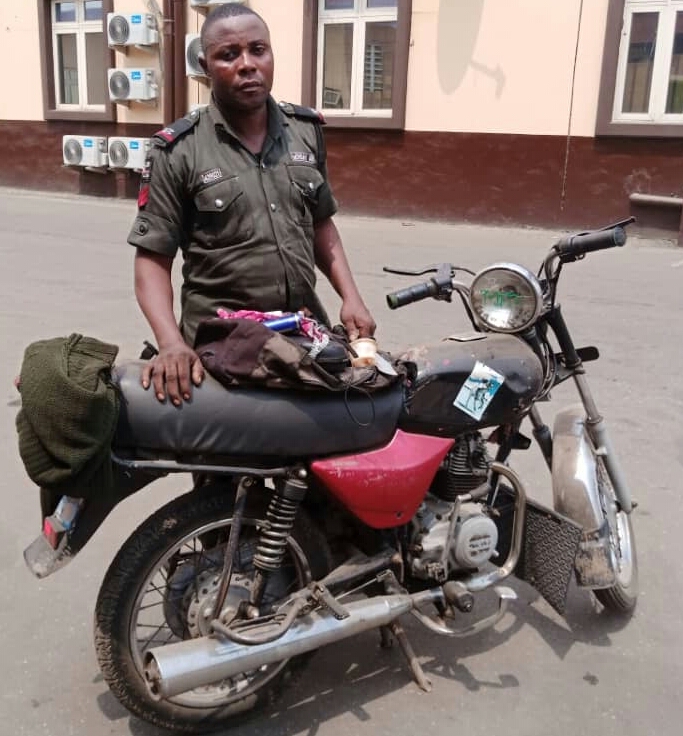 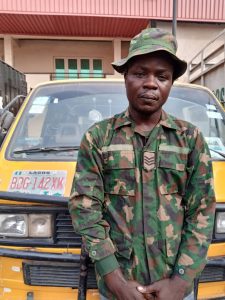 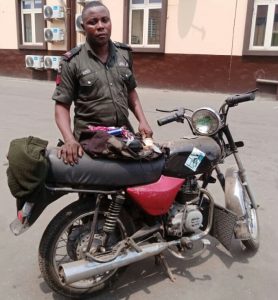 Speaking on the arrest, the Chairman of the Agency, CSP Olayinka Egbeyemi disclosed that while one of the suspects, Monday Job impersonated a police officer using his commercial motorcycle to scout for passengers on restricted routes, the second, Rasak Oloyede presented himself as an army officer using his commercial bus for fraudulent acts along Lagos-Abeokuta expressway.

Egbeyemi stated that after their arrest the two suspects confessed to the crime, saying that they indulged in the act in order not to be accosted by genuine security officers on monitoring duties or patrol.

According to him “Our intelligence reports revealed that some dubious-minded motorcyclists are now using fake Nigerian army/police uniform to scout for passengers on restricted routes as well as indulging in various forms of fraudulent acts across the State”.

He reiterated the directive of the state government, which stipulates that all security personnel on an official assignment with motorcycles must be fully kitted in uniform with their identity card conspicuously displayed.

The Chairman also noted that motorcycle operators must desist from plying all 475 restricted routes, adding that the dispatch riders must also wear their crash helmets and must possess riders permit for proper identification of the park they belong while plying other routes.

While urging members of the public to be vigilant and desist from patronising motorcyclists and commercial bus drivers wearing a fake security uniform, the chairman disclosed that the Lagos State Commissioner of Police, CP Hakeem Odumosu has directed that both suspects be charged to court for prosecution.