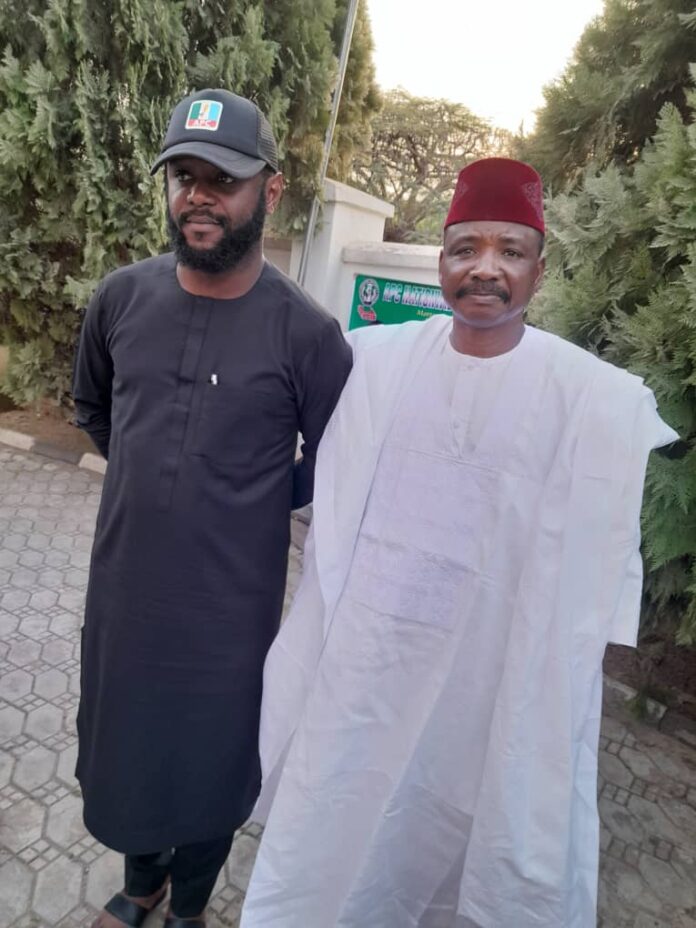 Director General/National Coordinator of the Amalgamated APC Support Groups (AASG), Dr Nasiru Ladan, has reiterated the group’s unalloyed commitment, to the overall electoral success of the All Progressives Congress(APC) at this year’s imminent general elections, beginning with the February 25 presidential version.

He gave this undertaking at the AASG’S office in Abuja, while responding to the opening speech by Seyi Tinubu, son of the All Progressives Congress, APC presidential candidate, Senator Bola Ahmed Tinubu, during a brief interactive session with the scion of the APC presidential standard bearer, on Friday January 13, 2023.

Ladan further expressed appreciation for the visit, which according to him, “is the necessary tonic for the AASG’s over 1,400 membership to work assiduously toward attaining electoral successes”.

Earlier, Tinubu (Jnr.) had in his mission statement solicited the group’s support in ensuring resounding victory for the All Progressives Congress (APC) at the 2023 poll.

According to him, “ I am optimistic that, with the nationwide spread of the group, coupled with a potential sound strategic planning, the APC will best other parties at all elections”.