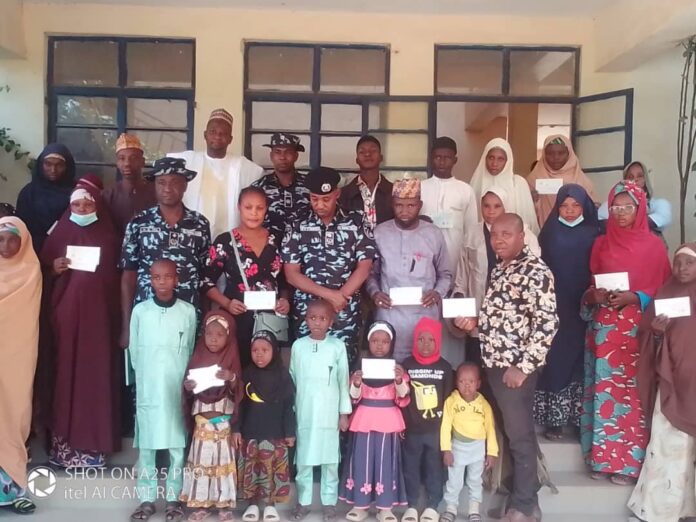 The presentation of the cheques, according to Katsina police spokesman, SP Isah Gambo, was part of the IGP’s Family Welfare Insurance Scheme being given to families of deceased Police Officers. The program which took place at the Command Headquarters, Katsina, witnessed the presentation of various cheques of different amounts to families/next of kin of twenty-seven (27) deceased police officers who died while in active service.

“The Commissioner of Police, appreciates the efforts of the Inspector-General of Police, for improving the welfare of the officers and men of the Nigeria Police Force and urged the beneficiaries to make judicious use of the money for their betterment.

“One of the benefiting families, Bilkisu Ma’aruf, spoke on behalf of other beneficiaries and thanked the Inspector-General of Police for the welfare package and promised to use the money judiciously, please.” Gambo said.