The Nigerian navy may have begun to win the anti-piracy war as activities of pirates in the Gulf of Guinea and Nigerian waters are now a record low. Piracy incidents in the first nine months of 2021 are the lowest reported in 17 years, with at the other end of the scale, 51 crew kidnapped, eight taken hostage and one killed.
The latest piracy report from the International Maritime Bureau (IMB) released this week shows 85 vessels boarded, nine attempted attacks, two vessels shot at and one hijacked. The bureau, while welcoming the decrease, repeats its ongoing warning for seafarers to remain vigilant particularly in view of high levels of violence against crew in many areas.
The Gulf of Guinea region recorded 28 incidents of piracy and armed robbery in 2021’s first nine months, compared to 46 for the same period in 2020. “Notably, Nigeria reported only four, compared to 17 in 2020 and 41 in 2018. Crew kidnappings in the region dropped with a single crewmember kidnapped in quarter three 2021, compared to 31 in five separate incidents during the same quarter in the preceding year. “All 2021 quarter three incidents were against vessels at port anchorages and the average successful kidnapping location was 100 nautical miles from land. “The overall reduction of piracy and armed robbery incidents in the region bears testament to enhanced maritime security and response co-ordination measures adopted by regional and national authorities,” according to an IMB statement.
The IMB statement makes no mention of piracy incidents, kidnappings, violence against crew or hijackings on the east coast of the continent off Somalia including the Horn of Africa. Going further east, the IMB notes 20 armed robbery incidents in the Singapore Straits, the highest since last year and four up on the 2019 number. Attacks are low level and opportunistic in nature with IMB warning perpetrators pose a direct threat to seafarers and vessels underway. In four incidents, crew were threatened, assaulted or injured. There was also a “noticeable reduction” in incidents reported from Indonesian waters. The six reported in the first nine months of this year is the lowest in Indonesian water since 1993. 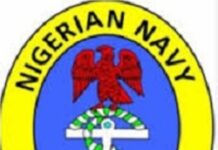 Cute Abiola is in our custody, says navy

Trending video on navy secondary school has been addressed long ago

We are loyal to the constitution, says army