In our clime where it is common place for certain achievers to maintain some humility in place of orchestrated media blitz that constantly unmask such personalities in the public space, High Chief Michael Diji, in spite of his modest achievements over the years has continued to allow his professional and managerial astuteness speak for him.

Little wonder he has had seamless mobility from one job to the other leaving behind some legacy of an achiever. As accountant with bias for business development and investment management, Diji leaves no one in doubt of where he is headed at any time.

With an Ordinary National Diploma (OND – upper credit) in Accountancy from the prestigious Yaba College of Technology and Higher National Diploma (HND) also in Accountancy from Ondo State Polytechnic, there was no doubt of his preparedness to cut a niche for himself within the realm of business management. Still eager to expand the frontiers of knowledge, he went further to obtain a Masters in Banking & Finance (MBF) degree from the Lagos State University.

Historically, Chief Diji began his working career at CMC International as Credit/Investment Analyst and later moved over to IMB International Bank Plc as Senior Credit Analyst. After a short sojourn and with enticing offers, he left the bank to join C & I Leasing Plc as Assistant Manager, Credit & Marketing. To his credit, he successfully managed the Citibank Lease portfolio outsourced to C & I Leasing PLC.

As his performing ability was quite glaring and on account of it, he was redeployed to the operating lease arm of C & I Leasing as the Head Office Branch Manager.

To some other person, this feat would have possibly been a final bus stop but certainly not for Diji whose knack for taking up challenges and achieving milestones has become audacious. It was therefore not surprising that after a while he resigned his appointment with C & I Leasing to join Rosabon Financial Services Limited as Head Leasing. Evidentially, he successfully returned the company to profitability and fame within a record time.

As a consummate lease expert highly sought after, Chief Diji could not be held back when opportunity beckoned on him to join Continental Leasing Limited. He took his expertise there as the pioneer Chief Operating Officer of the company. He was subsequently the Managing Director of Enterprise Asset Leasing Limited.

With so much experience to his credit, Michael Diji who over time became a recognised first class High Chief in Delta State birthed First Choice Leasing Limited as its pioneer Managing Director. Imbued with so much eagerness to achieve more knowledge within the sphere of his profession, Diji has over time, attended numerous courses which invariably have necessitated his versatility and professional vibrancy in lease management and business development.

Like a golden fish that has no hiding place, Diji has remained a veritable media source and an authority on lease, investment management, and advance finance related services in Nigeria. He continues to enjoy a reverred status as an individual member of Equipment Leasing Association of Nigeria (ELAN) and also a Fellow of the Institute of Management Consultants of Nigeria.

Chief Diji is also a Fellow of the Prestigious Institute of Chartered Corporate Management Accountants of West Africa and was awarded honorary Doctorate degree in Financial Management and Corporate Governance from European American University. He is married to a lovely wife and blessed with children. 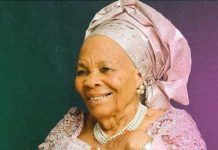 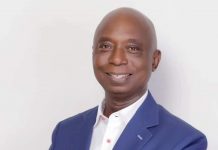