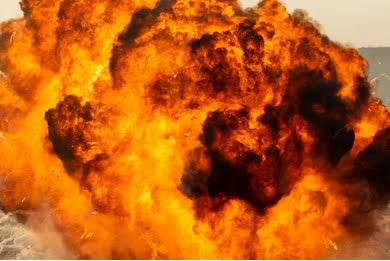 An eye witness account had it that there was suspected leakage of gas at the mast and experts handling the mast were called to attend to the leakage.

The victim, Mr. Akpoyibo Akpomiemie, an apprentice with the MTN workers insisted on helping the expert welders to file the suspected spot before welding work.

It was while he was filing the suspected leakage spot that the explosion occurred.

Mr Dennis Omiemie that gave the eye witness account said the force from the explosion carried Akpomiemie up to about 6 feet high before he fell to the ground.

When rescuers came for him, his skin had been burnt beyond recognition.

Akpomiemie was taken to a nearby hospital for medical attention but was rejected.

He was later taken to Delta State Teaching hospital Oghara for medical attention.

As at the time of filing this report, Mr. Akpoyibo Akpomiemie is still fighting for his life at the teaching hospital at Oghara.