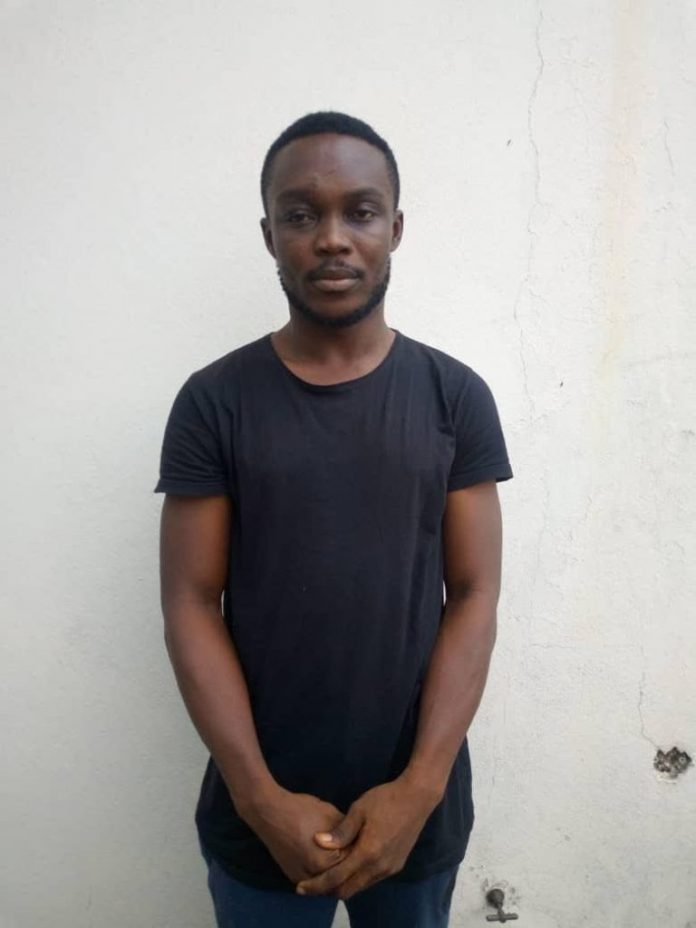 Justice Agatha Anulika Okeke of the Federal High Court, Uyo, Akwa Ibom State, at the weekend convicted and sentenced one Nwalozie Onyebuchi Julius, alias Dr. Godwin Emefiele, the governor of Central Bank of Nigeria to three years imprisonment without an option of fine.

The convict was arraigned by the Uyo Zonal Office of the Economic and Financial Crimes Commission, EFCC, on a one-count charge, bordering on impersonation and obtaining by false pretence to the tune of N4.5million.

Nwalozie’s journey to jail began on December 6, 2019 when he was arrested by the operatives of Uyo Zonal Office of the Commission, based on reliable intelligence on the activities of internet fraudsters, operating in Owerri, the Imo State capital.

Upon arrest, the convict confessed to the crime and a forensic analysis of the HP laptop recovered from him further implicated him as several incriminating documents of false pretence and fraudulent extortions were printed from his laptop which he also admitted, emanated from him.

Investigation also revealed that the convict’s specialty was Business Email Compromise-BEC and his modus operandi involved searching for email addresses via Google search and sending convincing emails to his victims. He also confessed to have used a particular email address, (emefielegodwin586@yahoo.com) purportedly belonging to the C.B.N governor, Dr. Godwin Emefiele in defrauding one Omar Deep, who thought he was actually dealing with the real C.B.N Governor.

He pleaded guilty to the charge, prompting Joshua Abolarin, the prosecuting counsel to pray the court to review the facts of the case through a prosecution witness, Haliru Abubakar Bagudo, an operative of the EFCC.

While reviewing the facts of the case, the prosecution tendered various exhibits through Bagudo, which were admitted in evidence. Consequently, Abolarin prayed the court to invoke Section 274 (2) of the Administration of Criminal Justice Act, ACJA and convict the defendant in view of the evidence adduced and the plea of the defendant.

In his judgment, Justice Okeke said she was satisfied with the evidence before the court that then defendant was guilty as charged.

“Prosecution has proven beyond reasonable doubt that the defendant, Nwalozie Onyebuchi Julius, committed the offence as charged. I therefore convict you accordingly. The court equally takes cognisance of the spree with which fraudsters defraud innocent citizens and therefore sentence you Nwalozie Onyebuchi Julius to three years imprisonment with effect from date of your arrest.”

Additionally the convict forfeited his Hp laptop, which was his instrument of crime as well as the N1million recovered from him to the Federal Government.