A former chief of naval administration Rear Admiral Joe Aikhomu (rtd) is dead.
The 65-year-old died on Thursday morning in Abuja.
He was the younger brother to the late former military Vice President Admiral Augustus Aikhomu (rtd).
Until his death, Aikhomu was chairman of Ocean Marine Solutions (OMS), a company his late brother founded with businessman Captain Hosa Okunbo.
The deceased was also a member of the investigative panel on arms procurement between 2007 and 2015, which was set up by President Muhammadu Buhari.
He was a serially-decorated Admiral well-versed in maritime operations and logistics, with special reference to the waters of the Gulf of Guinea.
He was an expert in his chosen profession, after a career that has seen him serve as the Flag Officer Commanding Eastern Naval Command, and as Chief of Administration at the Naval Headquarters, among many other responsibilities.

From coordinating naval ceremonies and parades to implementation of operations policies enacted by the Naval Headquarters, Aikhomu had discharged his responsibilities to the highest standards.
Very notable was his role in ensuring the conduct of patrols and operations in support of the peacetime and wartime roles of the Nigerian Navy, which led to a significant reduction in illegal bunkering, piracy and smuggling in the Gulf of Guinea.
The Edo-born Late Admiral successfully controlled the once crime-ridden Calabar waters, which hitherto, were unsafe for trans-border trade between Nigeria and some Economic Community of Central African States (ECCAS), especially Cameroon. 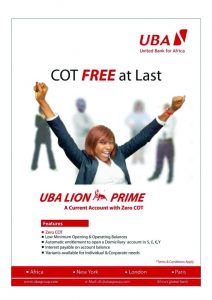 With multiple professional training from the Command and Staff College, Jaji, Nigeria to leadership programmes at the Harvard Business School in Massachusetts, USA, Aikhomu had constantly sought for personal and professional improvement.
Before his demise, he a consultant in maritime security and logistics support.