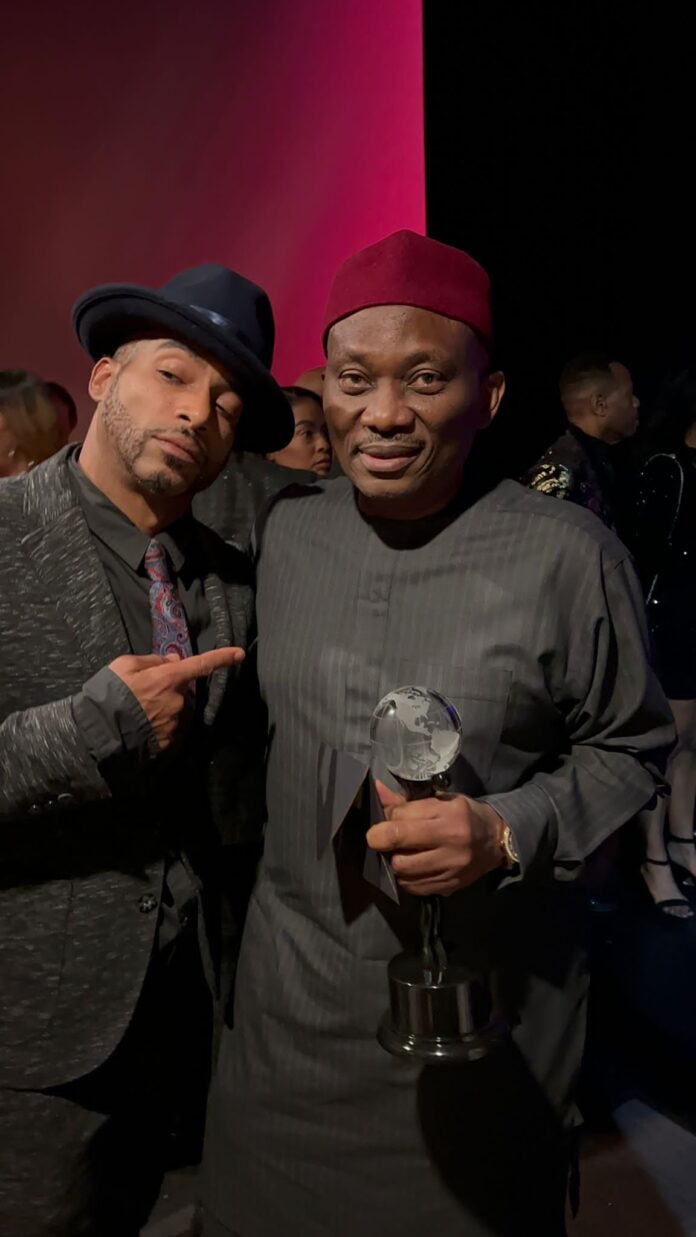 Minority Leader of the House of Representatives Rt. Hon Ndudi Godwin Elumelu has received Hollywood and African Prestigious Award in Los Angeles as the Best Lawmaker on Constituency Development and Effective Representation and Empowerment programme.

Rt. Hon. Ndudi Elumelu, who represents the people of Aniocha/Oshimili Federal Constituency at the House of Representatives.

Currently serving in the Green chambers, Elumelu by his deeds in the past two terms and in the present dispensation wherein he holds the position of People’s Democratic Party (PDP) House Minority Leader, has displayed   good attributes of a people’s representative.  Besides his affectionate disposition towards attracting dividends of democracy to his people of Aniocha/Oshimili, he has remained a vocal voice in the league of those who seek to enthrone good governance in the country via their contributions in the Lower legislative chambers.

With a pedigree that largely hinges on humility and robust followership in his Aniocha/Oshimili Federal Constituency over the years, Elumelu symbolizes hope in Nigeria’s political space.

The lawmaker was also recently bestowed with the national honour of Officer of Order of Niger (OON) by the federal government.