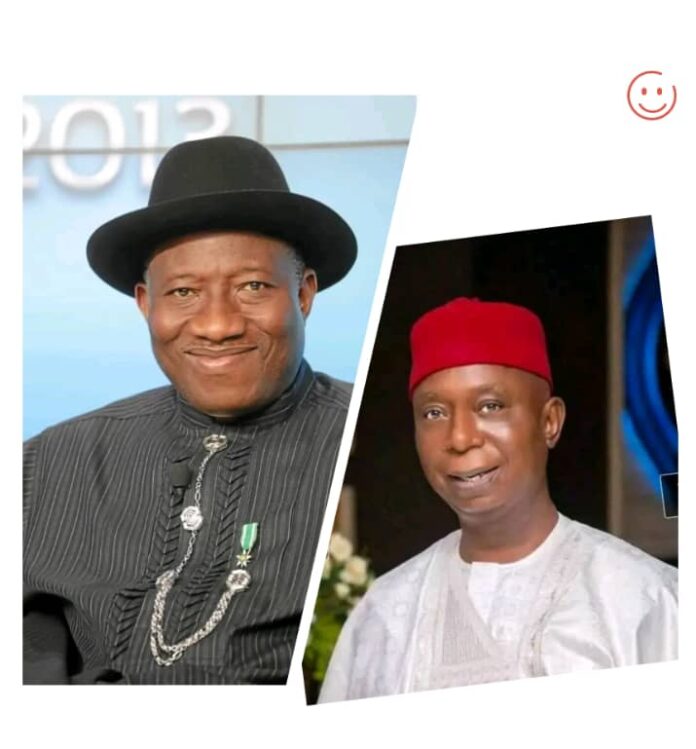 In a message contained in a statement by the Media Director of Ned Nwoko Campaign Council, Mr. Nobert Chiazor in Asaba, Nwoko commended the former Nigerian leader for his sacrifices toward nation-building and unity of Nigeria.

“On behalf of my family, the people of Delta Northern Senatorial District and Peoples Democratic Party in Delta, I congratulate our great leader and highly respected elder statesman, Dr Goodluck Jonathan, on the occasion of his 65th birth anniversary.

“As a man of peace and great fidelity, our former President has continued to use his goodwill and humane disposition to broker peace and unity in conflict-ridden countries of Africa.

“As a Senatorial Candidate of our great party in Delta, we will continue to be guided by the laudable qualities of statesmanship and selflessness which you have always exhibited at all times.

“As you deservedly celebrate this 65th birth anniversary, it is our prayer that God will continue to bless you with good health and greater wisdom in your service to God and humanity,” he stated.