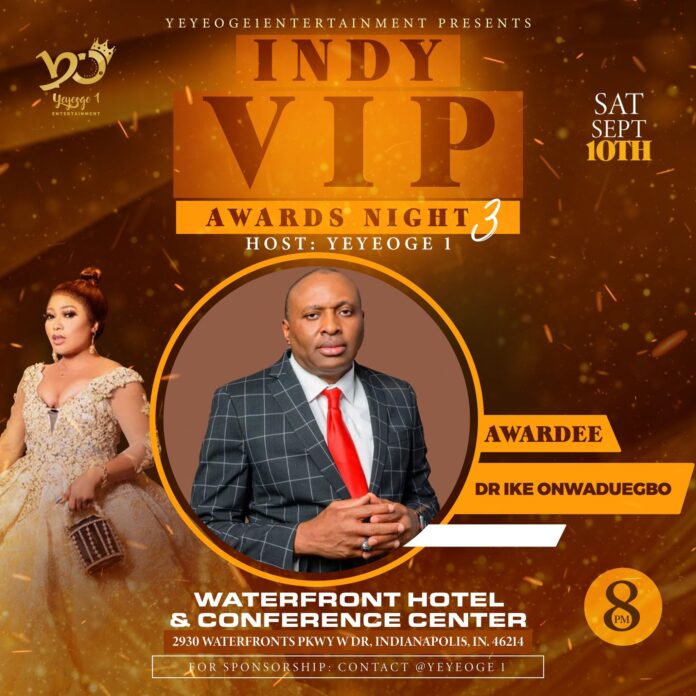 The Indianapolis VIP award is one of the most coveted awards bestowed on accomplished businessmen, politicians and humanitarians who have contributed to the advancement of Indianapolis.

Onwuaduegbo is one of the very few residents nominated for this honor billed to hold at Waterfront Hotel and Conference Centre on Saturday, September 10, 2022.

Onwuaduegbo, a seasoned financial consultant of over two decades is a CEO, Business Consultant, Tax and Credit advisor and founder of Ike Onwuaduegbo Foundation.

Indianapolis colloquially known as Indy, is the state capital and most-populous city of the U.S. state of Indiana.

Indianapolis anchors the 29th largest economic region in the U.S., based primarily on the industries of trade, transportation, and utilities; professional and business services; education and health services; government; leisure and hospitality; and manufacturing. The city has notable niche markets in amateur sports and auto racing.

Izegbu celebrate with friends, families on his 50 days in office

A glance into the intimidating profile of Anioma’s rising star, Chief Shimite Bello