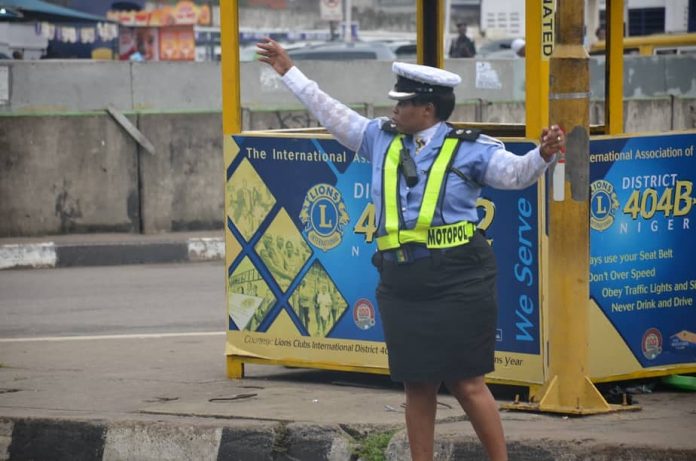 Amiable Police Officer, Chief Superintendent of Police, CSP Titilayo Oriyomi Oluwasanmi has emerged the CRAN Police Officer of the Year 2019 for her immense contribution in the Lagos State Police Command Traffic Unit and the tremendous improvement that the unit has witnessed since she took over headship.

The honor was bestowed upon Oriyomi after emerging as winner in a poll conducted by the Crime Reporters Association Of Nigeria (CRAN) among other Police officers who were nominated.

Since her assumption in office, CSP Oriyomi whom is referred to as a super intelligent female officer, has changed the narrative in traffic control in and around the state. The usual gridlock associated with daily activities in most parts of the state has drastically reduced due to her commitment and dedication to her core assignment.

The graduate of Philosophy from Ogun State University now Olabisi Onabanjo University, Ago Iwoye, CSP Olusanmi has been described as an officer with unusual grace as she had always brought positive changes in any given assignment for the betterment of the society.

Oriyomi in her capacity as the Lagos State Traffic Officer, otherwise known as Motorpol, has reformed the ideals of traffic policing. So far, she has garnered close to 40 awards both internationally and locally,

Given her diligence at work, she was selected by the British Council to undergo training on community policing, after which she became a trainer.

While congratulating the hardworking Officer, President of CRAN, Mr. Odita Sunday praised Oriyomi for all she is doing in the state and urged her to do more.

“ There is always rewards for hard-work and your nomination today shows that people are watching all you do , we urge you not to relent on your effort in contributing your own quota to the society.

“We congratulates you once more and we look forward to more great achievements from you,” he said.