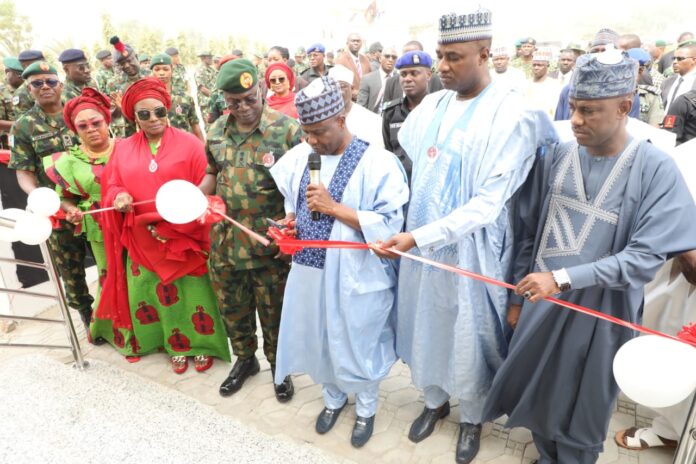 Performing the commisioning Ceremony, Governor Tambuwal stated that the edifice will provide affordable lodging for both local and foreign investors, as well as provide employment opportunities in the hospitality industry for youths, adding that it will shore up business potentials in the state.

He expressed optimism that the Guest House will continue to grow under the direction and leadership of the COAS. Gov Tambuwal appreciated the Nigerian Army (NA)for her untiring efforts in the protection of the territorial integrity of Nigeria, particularly the increasing return of peace in the North West region.

Making his remarks at the event, the Chief of Army Staff, Lieutenant General Faruk Yahaya stated that the CIMIC Intervention Projects across the state were part of the NA’s non- kinetic operations aimed at giving back to the community in the spirit of winning the hearts and minds of Nigerians.