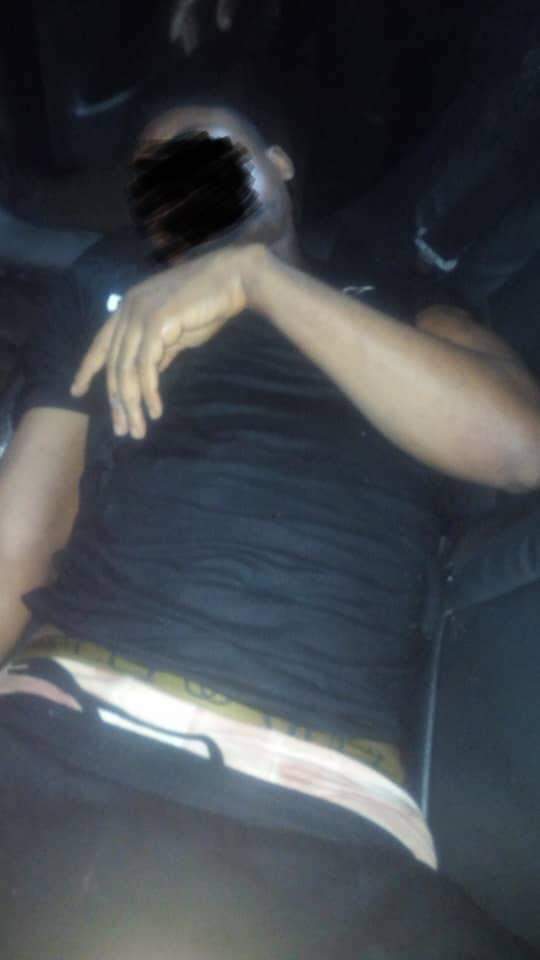 The man, whose identity is yet to be known, jumped into the Lagoon from the Third Mainland Bridge around midnight. But, fortunately, he landed on floating logs of wood beneath the Bridge.

According to the cab driver, whose identity is unknown, he carried him “from Igando and he insisted he should pass through the Third Mainland Bridge.

“On getting to the bridge, the young man asked him whether this was 3rd Mainland Bridge and he answered yes.

He said: “to my surprise, he told me that he was pressed and that I should wait for him to ease himself. I was curious. At this time, he was forcing to me wait, but I don’t want to wait because of how people jump into the Lagoon often.

“To avoid being accused of taking him to kill himself, I stylishly drove him to the point where Rapid Response Squad policemen (RRS) were standing inward Lagos.

“I practically told him I was no longer interested in the trip before I approached the police officers leaving him inside the car.”

An eyewitness at the scene said as soon as the cab driver approached the police informing them of what his passenger was telling him, he got down from the Volkswagen Jetta car and jumped into the Lagoon but he landed on floating logs of wood.

“But before he jumped, one of the police officers who saw him approached the railings of the bridge, persuaded him not to jump”.