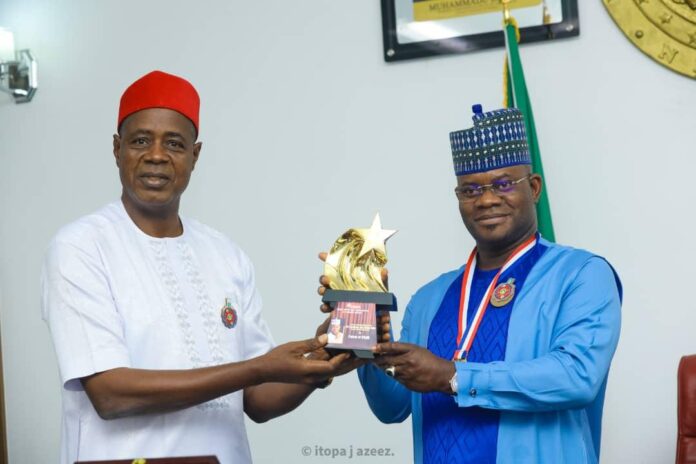 * Beefs up security across the state.

Two expatriates, two company drivers and two Police Inspectors have died during a dare-devil attack by hoodlums in Ajaokuta, weekend.

Kogi State government has vowed to rescue the children who were abducted during the attack at Ajaokuta by gunmen.

State’s Commissioner for Information, Kingsley Fanwo who made the disclosure noted that as a government that is accountable to the people, they would work round the clock to ensure the safe release of the children.

According to him, “We wish to make the following statements concerning the breach of security in Ajaokuta Local Government Area and efforts at retaining the trust of our people in protecting them:

“Kogi State is known for distinguishing herself in ensuring security of lives and property of not only the residents, but also travellers across the state, which shares borders with nine other states and the Federal Capital Territory.

“In as much as we activate dynamism in our security architecture and strategy, we recognise the fact that some cowards will sometimes try to undermine our efforts. What we have always done in such circumstances is to go after the criminals, apprehend them and bring them to justice.

“Immediately the unfortunate report was brought to the attention of the state government, our administration has spread our security net in working with the conventional security agencies and local vigilante groups to ensure the abducted children are rescued alive and the cowards who abducted them brought to book.

“In as much as we would not want to divulge everything about the current operations to rescue the children unhurt which we know will be achieved very soon, we wish to assure Kogi residents that Government will remain vigilant in protecting the people. We will continue to work with security agencies to retain our enviable position as the safest state in the country today.

“In addition, the attack on a Ceramic Company in Ajaokuta last night was unfortunate and condemnable. The Police and other security agencies are currently combing the area to apprehend the perpetrators of the heinous act. Investigations are still at an early stage now. We will rely on those reports when they are clearer and ready to brief the public.

“As a Government, we have the capacity to rise to the challenge to defend our people. Security has been beefed up around the area and the affected company is cooperating with law enforcement agents to unravel the mystery behind the attack.

“We urge the people of Ajaokuta and indeed, Kogi State in general to go about their normal businesses as we have put in place, stringent security measures to ensure the safety of all. Government will spare no resource to ensure our cherished children are rescued alive and unhurt. The Governor is personally coordinating the rescue efforts in collaboration with the security chiefs in the state as well as local vigilante groups. There is already a massive deployment to the area to achieve results.

“Let me reiterate it once again that the ban on nose mask, brothels and shanties subsists. The measure was to give criminals no hiding place in our dear state. Hotels have also been directed to properly profile their guests, as failure to do that will attract severe penalties. Our Taskforce and Operation Total Freedom will intensify surveillance to keep our dear state safe. We also urge the Federal Government to resuscitate the Ajaokuta Steel Project as some of the abandoned facilities and structures in the town harbor criminal elements.

“Great Kogi People, our heroics in Security under the leadership of Governor Yahaya Bello were made possible by your cooperation and taking ownership of the security plans of the Government. We have apprehended many criminals and averted many potential blood-bath situations as a result of your volunteering intelligence. We need to do more now to promote security without which there can’t be prosperity.

“Community leaders, political actors and everyone must plug into our security architecture and efforts at keeping our state safe. Be assured that the Governor is personally leading these efforts and from the front. To our friends in the media, we urge you to observe the rules of crime reporting and do everything possible to avoid sensationalism when reporting crime. A safe Kogi is the benefit of all, including the media.”

According to police spokesman, SP Williams Aya, “Consequent upon the attacks on expatriates of West Africa Ceramics Company Ajaokuta and Police escort at about 2. p.m on Friday, August 5, 2022, the Commissioner of Police, Kogi State Police Command, CP Edward Egbuka, has visited the scene for on-the-spot assessment and has equally ordered the deployment of additional operational assets consisting of Operatives of the Police Mobile Force, Counter Terrorism Unit, Quick Response Unit, State Intelligence Bureau in synergy with other security agencies to restore normalcy in the area.

“Meanwhile, two expatriates, two company drivers and two Police Inspectors died in the exchange of fire with the hoodlums, before the Area Commander and a detachment of Military in the area reinforced to the scene of incident, and the attackers fled.

“The CP assures that the Command is committed to working in synergy with other security agencies as well as patriotic stakeholders to make the State a safe and secure place for all and sundry.

“He has further tasked the Deputy Commissioner of Police in charge of the State Criminal Investigation Department (SCID) to commence investigations into the unfortunate incident so as to unravel the remote and immediate cause of the attack with a view to bringing the perpetrators to book.”

Insecurity: FCT police command warns against illegal use of drones