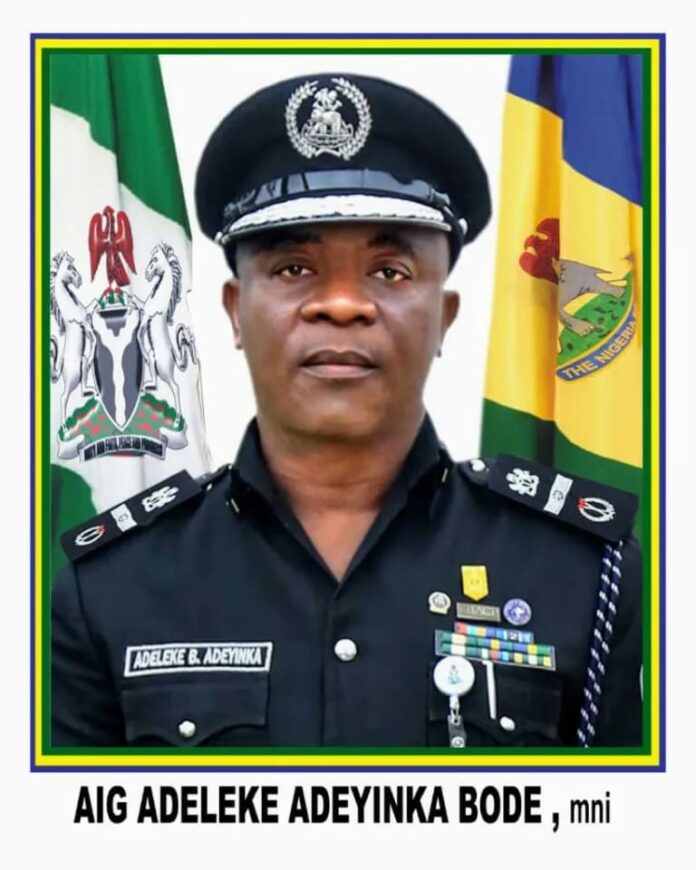 Our parts crossed about six years ago when he was posted to my birth place, Delta where he served and left with an impeccable record of excellence in policing and leadership.

Although a Yoruba person by tribe, Adeleke is a highly refined cop with good team playing spirit and zero tolerance to tribalism and all its appearances.

As a Commissioner of Police in Delta, Adeleke carried on well and left an outstanding record in Okpanam Road, earning him the prestigious rank of an Assistant Inspector General of Police.

In Delta, he built on the existing security mechanism on ground and enthroned the reign of peace and security in one of the most multi-ethnic states in Nigeria.

His resume speaks volume, no wonder some people refer to him as one of the most enlightened and people-friendly cop of modern day Nigeria.

The officer was born on May 13, 1965, enlisted into the force as ASP Cadet on the 3rd of March, 1990, he is well read, holds various degrees in diverse disciplines. B.A (ED), LLB, MBA. He had served in various formations and Commands, until his recent posting to Delta State Command, he was the Force Quarter Master, Force Headquarters Abuja.
He is married to Mrs. Bola Adeleke and blessed with three (3) children, love sports, reading and travelling. He has attended various courses both Local and International.

One of the most remarkable action he took on resumption in Delta was to share his direct phone number to the public, which is still on the internet till date.

His constant advise to members of the public is, “always cooperate with the Police and other security agencies at all times by availing them with the vital necessary information that could help nip every crime on the bud.”

He supervised one of the most peaceful elections in Delta in 2019. He had urged all electorates and INEC officials to go about their civic responsibilities without any fear of intimidation, harassment or embarrassment as trained security personnel with INEC/Agency identification tags have been deployed to all the polling units, collating centres, INEC Offices/flashpoints and other strategic locations in the state that year.

When most officers resume at their new place of primary assignment, the common action they often took is to transfer officers who are not known to them out of their office, but Adeleke did not change the structure at Zone 2 upon resumption. No one changes a winning team. He worked with all the result-oriented men like CSP Uba Adams, a crack crime fighter who worked with former AIG Ilyasu (Rtd) and he is getting the result as his zone is one of the safest zones for businesses and living.

He has transformed physicals structures in the zone, making the environment wear the resemblance of Scothland Yard Police department.

A first among equals police officer, he personally listens to any complaint and ensure justice is dispensed at no cost.

The officer in collaboration with Ogun and Lagos Commissioners of Police fought robbery, Kidnapping, cultism to standstill.

He also ensured an end to terrorism and kidnapping on the Lagos-Ibadan Expressway corridor.