The Ghana based former World Boxing Association, WBA champion said he is prepared for any opponent in his weight category stressing that he would retire as an undefeated professional boxer.

Oluwaseun, who is under the management team of LPMG in the United States of America, USA disclosed that he is leaving nothing to chance to ensure that he becomes a world champion.

The hard puncher and absorber while declaring his readiness for any opponent in his weight category hinted that there is no professional boxer in his category that can stop him.

Having conquered Ghana despite serious intimidation and contest from his previous opponents, he insisted that his next aim is to be crowned a world champion, according to him “It has not been rosy I must confess because it is not easy competing on a foreign land, I was intimidated, but I remain focused and ready to do all within his reach to be crowned a champion.”

On what has been his source of inspiration, he heaped praises on his management team headed by Nelson Azzur for giving him the desired support and encouragement.

Continuing Oluwaseun argued that if professional boxers are not adequately taken care of there is no way they can achieve their dreams and aspirations.

In the words of the dark-skinned professional boxer, “I want to appreciate my management team for all they have been doing to help me actualize my dream of becoming a world champion, if not for my management team where will I be today?”

He however, is of the opinion except for sheer brilliance and individual effort the likes of former Heavyweight champion, Anthony Joshua and others would not have been where they are today. 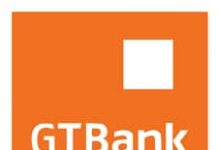 Breaking: Shakeup in the navy as 54 Rear Admirals are redeployed…Nagenu, first commanding officer...

Military admin - January 26, 2022
0
There is a major shakeup in Nigerian Navy, as its high command has released the posting of 54 Rear Admirals (equivalent of Major Generals)...

Breaking: Shakeup in the navy as 54 Rear Admirals are redeployed…Nagenu,...