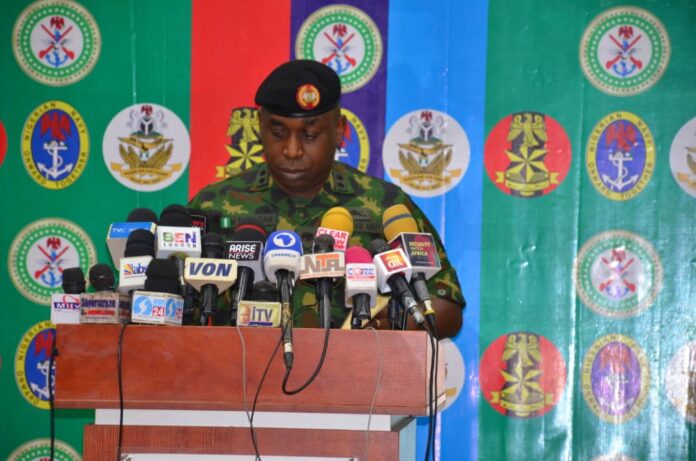 During the patrol, troops made contact with bandits and engaged with enormous/deliberate fire.

According to spokesman of Defence Media Operations, Maj. General Musa Danmadami, “Troops in the process neutralized two terrorists while others fled with injuries. During exploitation of the general area, one of the neutralized terrorist was identified as Mr Ibrahim Chire a notorious bandit leader known for terrorizing Gando, Gwashi, Bukkuyum and Anka general areas. Troops recovered one AK 47, 4 round of 7.62mm Special, one Motorcycle, mobile phones amongst others.

“The military high command commends troops of Operation HADARIN DAJI and encourages the general public to avail troops with credible and timely information on criminal activities.”