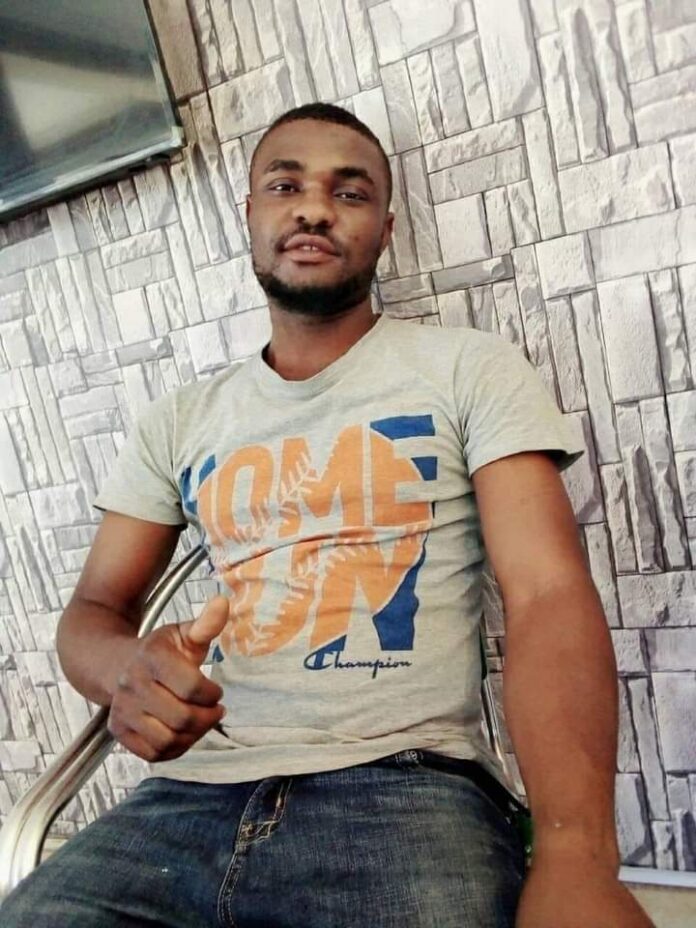 The family of Kenneth Ike Ayogu, 29, a patent medicine dealer at Narayi in Chikun Local Government Area, Kaduna State has accused officials of the National Drug Law Enforcement Agency (NDLEA) of torturing their son to death in custody.

They insisted that he was severely tortured to death inside their cell after he was arrested on October 13, 2022 for being in possession of pentazocine injection.

Spokesman for the family, Michael Ayogu,  50, a wine dealer also in Kaduna State lamented that even after his brother’s death under their custody, all efforts the family is making for autopsy to be carried out have been thwarted by both the police and NDLEA thereby worsening their sorrow.

Giving graphic details of the incident that led to the untimely death of his brother, the wine dealer who hails from Amahor-Uwenu, Okpuje in Nsukka LGA of Enugu State said the deceased was in his shop when he was arrested by officials of NDLEA on October 13, 2022 for being in possession of pentazocine injection.

According to him,  on October 17, 2022, when we got news of his arrest, we went to inquire about the circumstances that led to his arrest only to be told that he died in their custody on October 16, 2022 and his body was deposited  in the mortuary by operatives of NDLEA without contacting any member of the family.

“When we applied to see the corpse in the mortuary, the officers refused us access with our cell phones to avoid taking photographs of the corpse but we observed that his face was covered with blood. We then petitioned through our lawyer, Casmir Ugwoke to the Commissioner of Police in Kaduna State requesting for thorough investigation into the brutal and sudden death of our brother. We also called for autopsy examination to be conducted on the corpse to ascertain what led to his death but both the police and NDLEA have remained adamant to our pleas.

“We also petitioned NDLEA over the issue but they refused to respond to our plight and rather ceased the lifeless body of our son who was just settled last four years after his apprenticeship and he started his legitimate business in earnest.

“When we met with the police officer in charge of homicide section, they invited NDLEA but they did not respond. We then met the pathologist in charge of the autopsy section but the doctor said he can’t do anything until the corona form was filled and that the form cannot be signed by the magistrate until the picture of that lifeless body is attached to the corona form and we don’t have access to the corpse. So, we are confused and don’t know what to do or where to go further after losing the bread winner of our family in such a gruesome manner.

“He is the first son amongst seven others and was the only person taking care of his aged father, mother and other members of the family and just see how life was snuffed out of him without trial. What becomes of all his dependants,?” he lamented in tears.

When contacted, spokesperson of NDLEA, Femi Babafemi said: “The late Kenneth was arrested along with his brother and a neighbor over drug offences. They were all in the same cell until he took ill. He was promptly taken to the hospital where he later died. If indeed he was tortured by anyone, his brother and neighbor who were with him in the cell till the day he was taken to the hospital for treatment would have known about it and in all the meetings between the family and the state command of the agency with the brother in attendance there was no issue of torture mentioned.

“The family requested for autopsy to be conducted to ascertain the cause of death and the process for that has been ongoing with correspondences between the family and the agency on the modalities for the autopsy. As such, there couldn’t be basis for non-release of the body.”