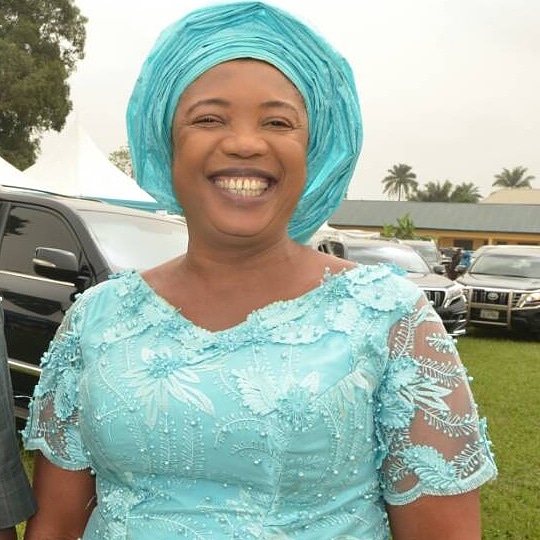 The critic who commented on a post on Anioma Voice using the handle, Nwafor Dumebi John, wrote:

“In our fundamental study of Leadership which we want, wish and expect from our Political Leaders. It says “A GOOD LEADER LEADS WITH EXAMPLE” This is Okowa DG lecturing the Public about Corona Virus. As a common man on the street and with the news everywhere, we all know the important (sic) of keeping a distance among ourselves in this time of Corona Virus. Please can you help me return back (sic) the real lecture of a sustainable Leader back to the DG, as per how a leader should demonstrate to her students. She gave over 5 meters away from her students and allowed her students to give their-selves (sic) zero meters away from their-selves (sic). She was not wearing face mask, No hand protection. This is to show you the kind of people African (sic) prefer to Lead them.”

The DG in her response carpeted Nwafor for what she described as “ignorance, incurable envy and frustration”.
In her reply, posted this morning at about 8.30 a.m, she wrote…

“You need the lecture more because you are operating from the angle of complete ignorance induced by incurable envy and frustration. Number one, I was making an explanation on distancing not just at their Keke Park one of the points of the lecture but also when they visited my office and it was generally in all their dealings at a time like this.
“Two, I met them gathered on the road waiting for their daily bread and any reasonable person should know that my approaching them there will be to pass information and it would have been stupid, and note I’m not stupid, and considering where they were on the road to begin to ask them to do one meter spacing. If I may ask, to which direction would they have spaced to?
Unto a moving vehicle? Where we had space it was demonstrated.
Note that those who have eyes and are not mischievous would have noticed that I was standing on the road median as there was no space for me on the other side.
“Lastly and most importantly, I advise you get proper education on issues before advertising yourself and never come to exhibit your ignorance to the public. Educate yourself on where specific items of protection are supposed to be used. Where on the precaution list did you see that one must use mask and hand-cloves as daily necessities. Post one government notice where people were asked to move about on face mask and hand cloves? The hand cloves protection you ignorantly screamed that I should have being wearing around is frowned at by public health practitioners who say that it is only necessary in attending to the sick and should be immediately discarded after each use. It’s advised that wearing it around doing your normal daily duties is another way of transmission.
Now, let me teach you what’s essential which is what I have told them.
One, putting detoil or Izal into water to mop their houses and using same to clean their keke.
“Two, washing their hands regularly. Three, using hand sanitizers and four, drinking a lot of water and avoiding hugging and hand shake amongst other things.”

The director general of DSCTDA Tuesday lectured tricycle operators on the need to maintain social distancing even while commuting passengers around the capital city.