How do you celebrate a person who is humility personified? Someone, that people look up to, and whose character is worthy of emulation? Some people celebrate others, but they do not really know why, and as such, they just want to keep up appearances. But we celebrate this icon, this gem, because we know the reason, we know him, we have experienced him, and he has never wavered. He does not only talk the talk, but he walks the talk. 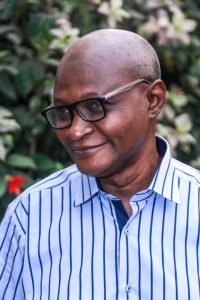 He is our father, our friend, our brother, our uncle, our colleague, our best friend- Mr. Oladotun Tokun.

Babatunde Oladotun Tokun was born on the 13th of February 1960, to Mr. S.O. and Late Mrs. Maria S. Tokun in Ibadan. He began his education in St. Lukes Demonstration School, Ibadan from 1966 to 1967. He completed his primary education at Ebenezer African Church School in Oke Ado, Ibadan in 1971. His secondary school education was at Govt. College, Ibadan from 1972-1976. He had his A-levels at The Polytechnic, Ibadan in 1977. He went on further to study Electrical Engineering in the University of Lagos, where he graduated in 1982.

After graduation from the university, he began a promising career in Engineering in Delta Steel Company, Aladja in 1983. After 2 years, he moved to Negris limited in 1985. In his 5th year in Negris, he decided to become an employer of labor and carefully started that journey.  In 1990, after 5 years of preparation, he, Babatunde Oladotun Tokun started his own self-named company BOT Engineering Co. Ltd. In 1995, he got into a partnership and birthed yet another company Solarmate Engineering. He is the MD/CEO of both companies till date.

Mr. DOTUN Tokun met his lovely wife Dunni Doherty at a friends place in Ibadan. They got married on the 9th of Dec. 1989 at St. Saviours Anglican Church, Lagos. They’ve been married 30 years and are blessed with three children Tobi, Ibukun and Oyindamola who have grown into fine young women. Though he is often referred to as a workaholic, he has a healthy sense of work-life balance and still creates time for his family.

He is one tenacious and resolute man, having built and run two companies that have become industry-leaders, for over 25 years. He has achieved great success with several awards to show for it. Mr. Tokun is also a Director with Psaltry International Company Limited a food production company.

Mr. Tokun is one man who is very passionate about empowering the younger generation. He was the head coordinator of the Young People’s Church in TREM HQ for 15 years, a ministry that through his leadership evolved greatly into multi-levels. He also supports and partners with a few NGOs focused on youth development, where he volunteers as a mentor and a coach.

He really has a very big heart for young people; to them, he is more than a mentor, he is a friend and a father. Mr. Tokun is easy to talk to; he is a very good listener and has the ability to feel at home with people 40 years younger than he is. Devoted to this cause, he has mentored so many young people, watched them grow into adulthood, develop careers, get married and become parents. He is the non-biological grandfather of the children of his younger friends.

He also has a way with older people, he is comfortable with them and they just chat about anything and everything. His aunts and uncles are very fond of him.

Mr. Tokun is a role model to many, a family man, a hard worker and a lover of good music and the arts in general. You can see expressions of such in his relations with his young people.