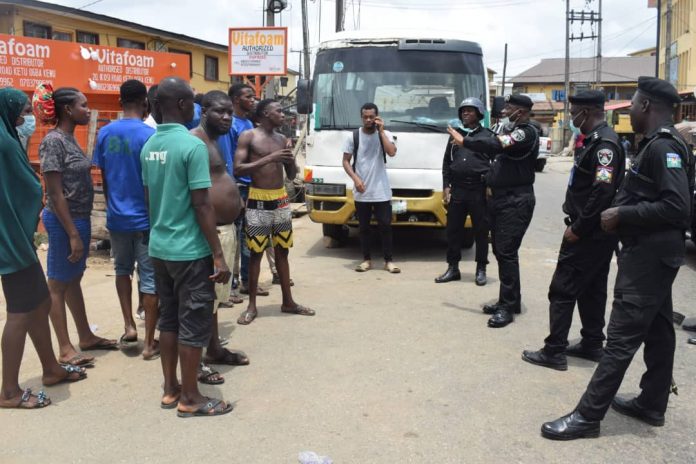 After the briefing by the Commissioner of Police, Lagos State Police Command, Mr. Hakeem Odumosu of some contingents of police and army officers on the enforcement of the directive of Mr. President shutting down Lagos, a team of RRS officers led by the commander, Tunji Disu fanned out to different parts of the metropolis. 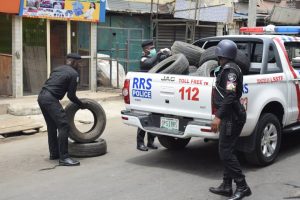 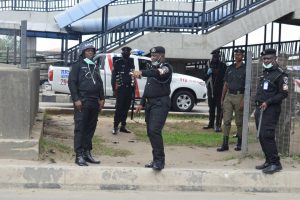 Some of the places visited included: Maryland, Ojota, Ketu, Mile 12, Owode  – Onirin, Majidun, Ogolonto, Agric, Ikorodu and Ojodu – Berger, Magodo. In all there was total compliance.

At Ikosi Road and Majidun, DCP Olatunji Disu enlightened tens of youth who barricaded the roads and were playing football.

He advised them on the need to observe social distancing, imbibe the culture of regular hand – washing in order to stop the spread of COVID 19. He urged them to go back to their houses, emphasizing that the essence of the sit at home order is to minimize social interactions.

He thereafter ordered his officer after dispersing the youth to pick up about 16 tyres the youth used in blocking the road.