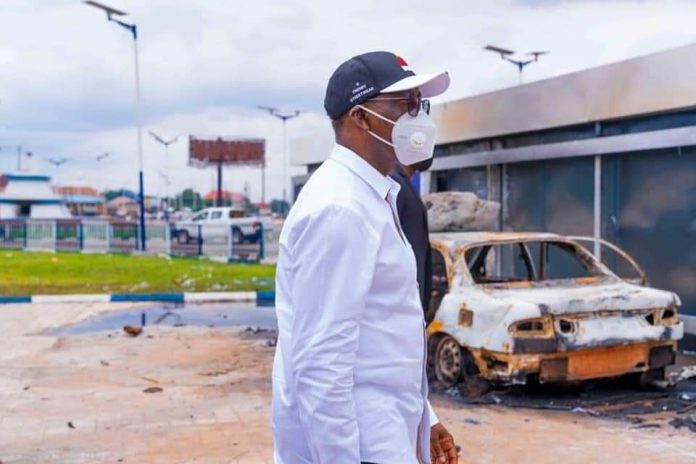 There have been upsurge in activities of armed robbers in Warri in recent times.

Some traders were allegedly shot and dispossessed of their cash around Bazonu area weekend. The state Police Public relations officer, DSP Onome Onovwakpoyeya, confirmed the incident, saying the two traders shot were receiving treatment at a hospital.
”Two persons were shot. They were traders coming from the market. They are receiving treatment”, she said.
There have been cases of armed robbers posing as passengers inside commercial tricycles, more known as Keke, to rob other passengers.
“These robbers pretend to be passengers in Keke. They are armed with guns. When the Keke is in motion they bring their guns and force any lone passenger to part with his or her cash”, some residents said.
Continuing, some residents said it was not safe to walk even short distances when it is dark.
“It is like these boys are just everywhere with guns waiting for who to attack. They come for phones and cash”.
It would be recalled that some armed robbers were set ablaze at Refinery and Deco roads areas of the oil rich city at separate times sometime ago by angry mobs.
Vanguard