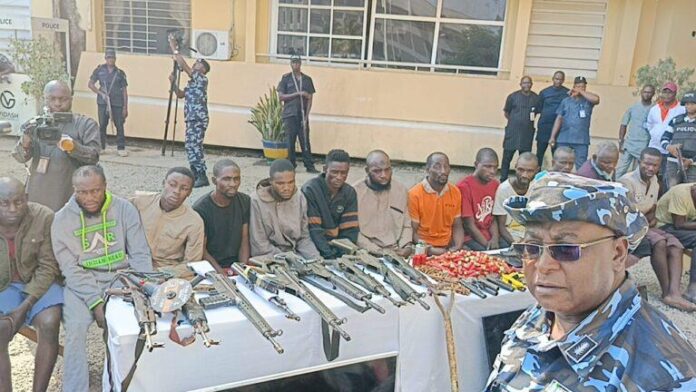 Operatives of the Federal Capital Territory (FCT) Police Command have intercepted about 900 ammunitions transported from Onitsha, Anambra State to Abuja.

The ammunitions, which are cartridges of sophisticated weapons, packed and rapped with bathroom slippers and transported via a commercial luxury bus, was intercepted by decoy operatives in Abuja sequel to intelligence.

The driver of the vehicle, Anthony Udeh, and the conductor, Emmanuel Onuvu, claimed the items were given to them to deliver to someone in Abuja and they didn’t check the content of the bag.
Reacting to the development, the new FCT Police Commissioner, CP Sadiq Abubakar, said the arrest was in a bid to ensure safety of lives and property of residents of the FCT, especially those on the border towns.

He warned criminal elements to avoid the FCT as they will be adequately smoked out.

The Commissioner of Police said about 18 suspects have also been arrested for various crimes since his resumption as the new FCT Police boss.

The Police said investigation was still in progress as suspects will be charged to court upon the conclusion of the investigation.