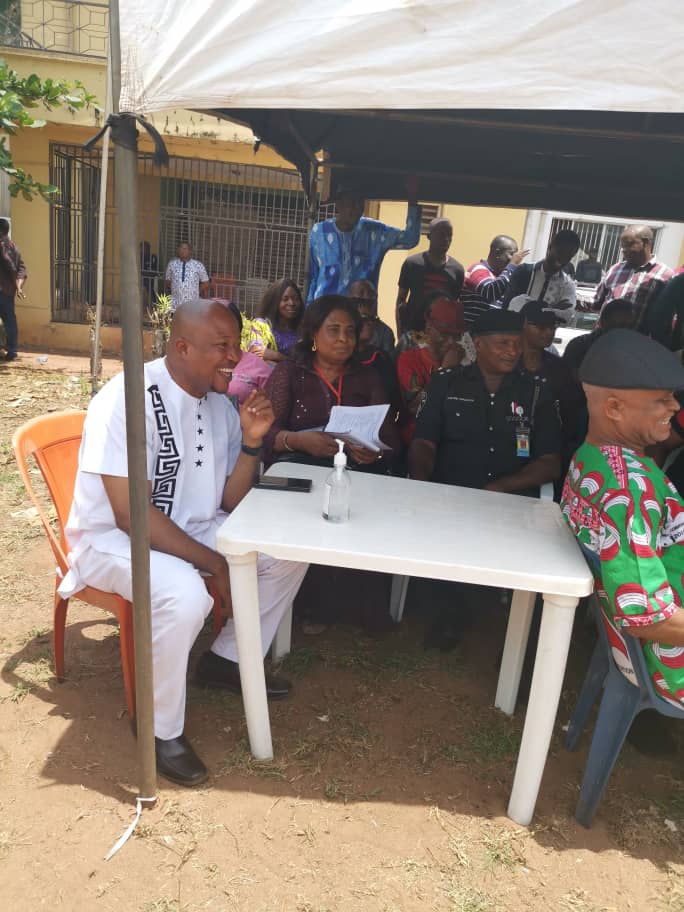 The Senior Special Assistant to Governor Ifeanyi Okowa on Health Monitoring, Dr. Michael Nwoko has commended the leadership of the People’s Democratic Party(PDP) and party faithfuls in Aniocha North LGA for their invaluable contributions towards a peaceful and successful conduct of the party congress in the LGA.

The SSA to the Governor gave the commendation during an interview with newsmen shortly after the announcement of the results of the LGA Congress, which was held at the party Secretariat in Issele Uku, the headquarters of the LGA.

His words, ‘I want to first of all commend the leadership and the faithful members of our great party, the PDP in Aniocha North LGA for their invaluable contributions towards the conduct of a free, fair and peaceful Congress in the LGA. As you can see, you will agree with me that the turnout for the Congress is unprecedented and that what has happened today is a strong indication that the party is now united in the LGA.’

Further, Dr. Nwoko added, ‘the orderly conduct of today’s congress has put to rest the infractions which have bedeviled the party in the LGA. I therefore have no doubt that with the return of peace, the party in the LGA, the PDP will record overwhelming results in future elections in the LGA.’ He emphasized.

Dr. Michael Nwoko, who conducted the closing prayer at the end of the Congress, prayed for the good health of the leader of the party in the state, His Excellency, Sen. Dr. Arthur Ifeanyi Okowa, the Governor of Delta State, the state executive, the leaders of the party in the LGA and the party faithfuls. He also prayed for quick end to the global coronavirus pandemic, so the normalcy will return to the global community.

The SSA Health Monitoring, equally used the medium to sensitise party faithfuls on the need for them to take adequate precautions against the COVID-19. Dr. Nwoko ensured that those who attended the congress decontaminated their hands with alcohol based sanitizers that was provided at the venue of the congress.