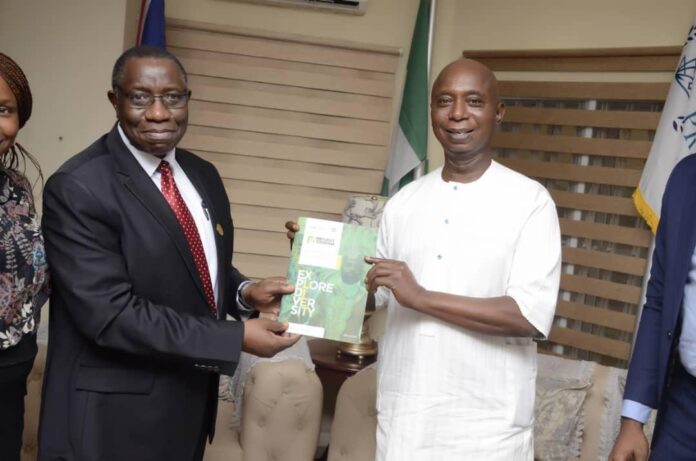 The consultant who facilitated the London and Paris Club refunds, Hon Prince Ned Nwoko yesterday, said that the Nigeria Governors Forum (NGF) collected the sum of $100m to prosecute elections in some states.

Addressing a newsmen in Abuja, Ned Nwoko specifically alleged that when he submitted a bill of $350m as his consultancy fee, the state governors asked to be given 50 per cent of it before it could be honoured.

He said a former chairman of the forum had explained that the money was needed to prosecute elections in Bauchi, Ekiti, and Ondo states.

According to him, it was the Ministry of Justice that intervened before the governors eventually received the sum of $100 million.

In a no-holds-barred remarks, Nwoko revealed that the money being owed his firm, Linas International Limited was $68m, and not $418 million as bandied by the leadership of the NGF.

Nwoko also absolved the Attorney General of the Federation, Abubakar Malami of any wrongdoing, saying the minister was only trying to ensure that the right thing was done and the law obeyed.

The lead consultant also accused the current chairman of the NGF and Governor of Ekiti State, Dr. Kayode Fayemi, of telling a litany of lies over the payment to the consultant.

The Minister of Justice and Attorney General of the Federation, Abubakar Malami, had featured at the weekly briefings coordinated by the Presidential Media Team, on August 11, where he spoke extensively on issues surrounding the refund,

He stated that there was no basis for agitation by the NGF concerning deductions from the Paris Club refund paid to the consultants they hired.

Mr Malami had also described the governors’ action as akin to crying over spilt milk.

The governors after their deliberations at the Presidential Villa Abuja, on Wednesday, accused the minister of orchestrating the deductions from their funds to settle the consultancy fees.

Prince Nwoko, a former member of the House of Representatives, however, absolved Mr. Malami of any wrongdoing as he said the minister was only trying to ensure that the law was obeyed.

He said the money owed to the consultants was $68 million and not $418 million that had been in public space.