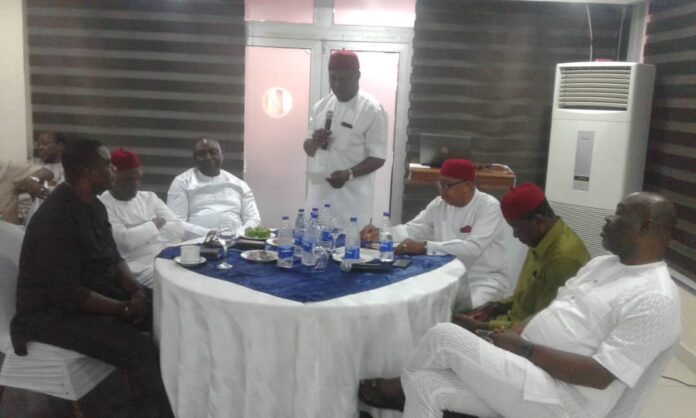 The Nsukka Professionals Association (NPA), over the week, stated that they have sworn to be involved in the emergence of those who will govern Enugu State instead of watching from the corridors.

Making its position known on Sunday in Lagos when it hosted a team of candidates of the Labour Party running for different positions in Enugu State, the association which stated that it is non-partisan lamented that the experience it had with the outgoing administration in the state was very unsavory especially when one of their sons was in charge of affairs.

The event was anchored by Barrister Sam Otobueze with Engineer James Agada as presenter of the association’s road map and Prince Charles Nwodo, President Nsukka Professionals.

During the event, Prince Charles Nwodo, President of the association stated in an opening remark that the Association has chosen to ensure that responsible and responsive candidates take up the mantles as political leaders of Enugu State.

According to him, this was born out of the experience the association had with the outgoing administration which we could not decode in any positive manner in the trajectory of governance. So, we were morally incapacitated in criticizing some of the excesses and the very-very obvious malfeasance.”

In his speech, Barrister Chijioke Edoga, Governorship Candidate under the umbrella of Labour Party, Enugu State, thanked the association for the initiatives of bringing them together for an interactive session and assured that they have come to make a difference from the past.

Edoga maintained that the eight years is gone, saying that people expected infrastructural development, empowerment, man power development and others, adding that “These things were not met and if this power eludes us, we may never get to them until the next 16 years. The remedy you have is to look for somebody like me as the governor of the state.”