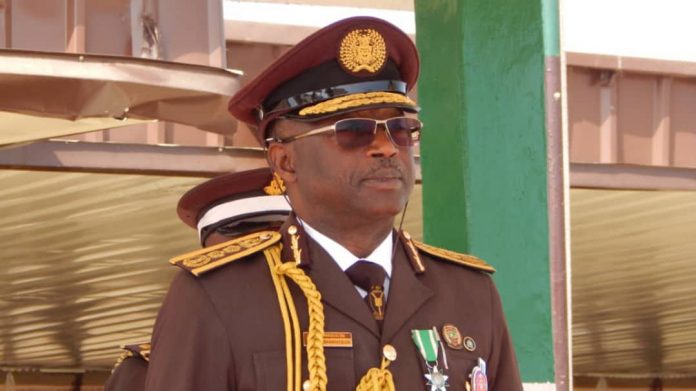 The Nigeria Immigration Services on Saturday in Yola handed over 23 packages of seized Diazapam, a dangerous drug, to the National Agency for Food and Drug Administration and Control.
Speaking during the handover, Muhammed Babandede, Comptroller General of Immigration, said the drug was seized from a Cameroonian who tried to sneak it into Nigeria.

Babandede, represented by Muhammed Hassan, Controller of Immigration in charge of Adamawa State, said the suspect was arrested on April 14 at Wuro Boki, a village on Nigeria-Cameroon border checkpoint.
He said: “On 14 April, 2020, our patrol team along the Cameroonian border with Nigeria, around Wuro Boki area intercepted a Cameroonian man carrying 23 packages of Diazapam.
“After thorough investigation the suspect confessed to have been taking the drugs into Yola, Adamawa State Capital, for so long.”
Babandede said that after investigation and based on advice of the port health authority for the immediate repatriation of the Cameroonian, he was handed over to the Cameroonian authority on April 17.
The comptroller general said that NIS was making efforts to protect the lives and property of Nigerians.

He appealed to the citizens of the state, especially those on border areas, to give maximum cooperation to the security operatives.
In his remark, Jamilu Audu, the state Controller of NAFDAC, expressed delight at the working synergy between sister government agencies.
According to Audu, Diazepam is being misused to treat anxiety, alcohol withdrawal and seizures.
He said: “It is also used to relieve muscle spasms and to provide sedation before medical procedures as well as calm the brain and nerves.
“Diazepam belongs to a class of drugs known as benzodiazepines.”

Audu commended the personnel of the Nigeria Immigration Service for their vigilance and dedication in carrying out their responsibilities.
He said: “The arrest and seizure of this dangerous drug was a great achievement in the fight against counterfeit drugs and related items.
“NAFDAC is overwhelmed with the good synergy between sister government agencies in the state.”
Audu said the agency would not relent in its effort to make Nigeria safe and free from counterfeits and other conterminous food.