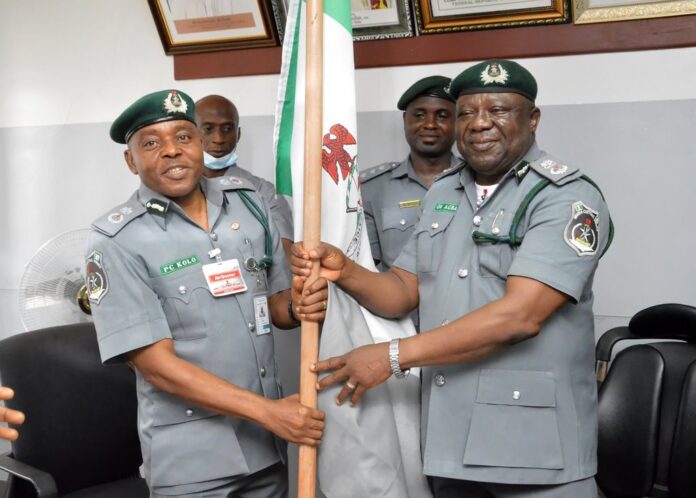 There is a new sherrif in town in Ogun 1 Customs Command, Idiroko, Ogun State. 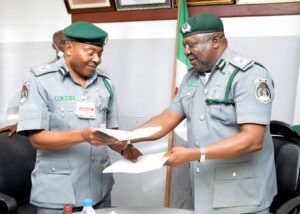 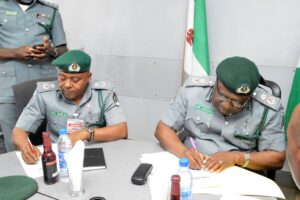 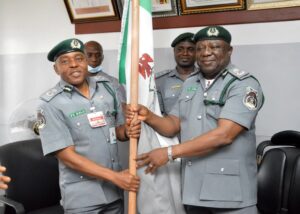 Kolo during the handing over ceremony commended and thanked his predecessor, Comptroller Michael Agbara for his giant strides in anti-smuggling activities and the success recorded so far.

According to the Commands spokeperson Oloyede, the new Controller urged Officers/Men of the Command to double their efforts in order to sustain the fight against smuggling beyond the success achieved by his predecessors.

He called for high level of compliance to Customs procedures and fiscal policies among the Officers and trading stakeholders alike.

He also admonished the officers on the need to be disciplined in their conduct during the discharge of their statutory responsibilities. He directed all Officers to be diligent and abide by the rules of engagement while relating with the public.

He warned smugglers and anyone with criminal tendency to desist from any nefarious activity as tough times awaits them. However, he assured members of the trading community of his maximum cooperation for legitimate trade.

On final note, Kolo assured of maintaining the administrative style and standard left behind by his predecessor.

In his own handing over speech, the formal Controller, Michael Agbara welcomed the new Controller and thanked Officers/Men of the Command and stakeholders including other security agencies for their cooperation and support during his tenure. He, however, solicited for same cooperation for the new Controller more than he enjoyed.