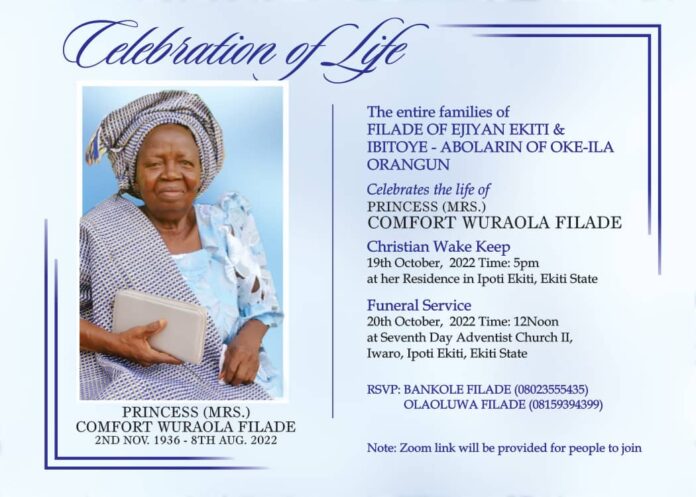 Burial arrangement of the Late Filade matriarch has been released by the family.

“The Christian Wake Keep will hold on October 19, 2022 at her Residence in Ipoti Ekiti, Ekiti State by 5:00pm.

According to the family a Zoom link will be provided for people to join.

Filade is survived by her children and grandchildren.

Izegbu celebrate with friends, families on his 50 days in office