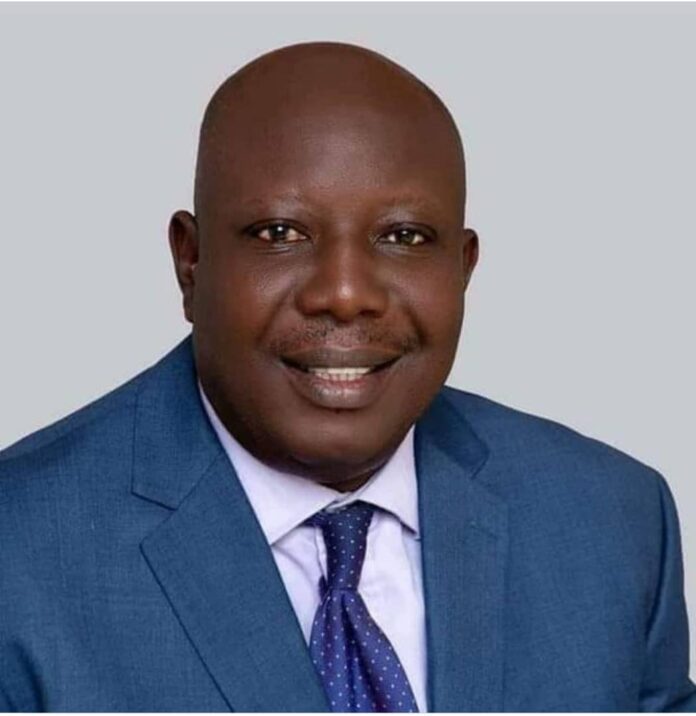 The Executive Chairman of Nsukka LGA, Enugu State, Bar. Walter Ozioko has condemned the concoction of lies against him by suspected political enemies who alleged that he returned N100m Paris Club Funds to the Governor of Enugu state, Ifeanyi Ugwuanyi.
Ozioko stated in a statement that the allegation was a calculated attempt by enemies of the progress he recorded in Nsukka local government to tarnish his image and score cheap political points.
According to him, my attention has been drawn to a fake publication by some mischief makers falsely claiming that the indefatigable award-winning Mayor of Nsukka LGA, returned a hundred million naira being part of an imaginary Paris Club Funds to the Governor of Enugu State, Dr. Ifeanyi Ugwuanyi.
“These mischief makers, having seen no angle from which to attack Barr. Ozioko and his Boss, Governor Ugwuanyi, both of whom are workaholic, performing personalities, have resorted to concocting cheap, fictitious and unverifiable lies against men who are changing the narratives of adminstration on all fronts.
“Led by one hireling and his pseudonymous cohorts, these agents of the devil have chosen to tow the part of ignominy, spewing blatant lies that could only have come from hell. Hoping to latch unto President Buhari’s outburst wherein he accused some Governors of complicity in the misappropriation of Paris Funds, these minions resorted to calling Bar. Ozioko and his boss, two men who are about the best things that happened to Nsukka LGA and Enugu State, respectively.”

He continued: “To put the records straight, may it be known that at no time did the state government or any tier of government, for that matter, demand that money be remitted or returned to it; neither was there a time Nsukka LGA remited or returned any amount of money, not even a fadden, to any tier of government.
“It is on verifiable record that Governor Ugwuanyi remains one of the few governors who most transparently managed the Paris Fund and the activities, projects and interventions of the pople’s Mayor, so far, amidst dearth of funds characteristics of his LGA of jurisdiction. Both are in the same league of fiscal management savvy. Barr. Ozioko, like his boss, Governor Ugwuanyi runs the most transparent, prudent and result-oriented administrations in our contemporary times. This is verifiable as a peep into his records will convince even descendants of the biblical Thomas Didymus.

“A cursory look at the quantum of impactful projects undertaken by Barr. Ozioko’s adminstration in Nsukka LGA, within barely nine months in office, will reveal a focussed, determined and diligent adminstration that has no time for distractions. An adminstration that has completed several multi-million naira projects, such as, the first Nsukka LGA owned Youth Empowerment/Skill Center; First Nsukka LGA Legislative Complex; Reclamation of tens of plots of wasteland adjoining the historic Adada House; Construction of Primary School Blocks; Renovation of Primary School Buildings; Grading of Rural and Urban Roads; Creation of new Roads; Opening Up of Gutters and Waterways, to mention but a few, indeed, has no time for distractions.
“An administration that is currently constructing hundreds of millions of naira worth asphalt road, a road that has gotten to its advanced stages, even as general elections are around the corner, can never be swayed. For someone to contemplate that a responsible and responsive government such as Bar. Ozioko’s which is spending huge resources on life-changing projects for its people, will have spare funds to give away, amidst the dearth of funds characteristic of Nsukka LGA, is the height of falsehood. No degree of tantrums thrown by these disgruntled elements will cause the Mayor to lose focus. The Mayor’s performances, so far, have attracted awards of excellence from far and near, including the prestigious Local Government Merit Award,(LOGMA), conferred on him in far away Abuja Nigeria, an award which he became one of the few Chairmen out of the 774 Chairmen in Nigeria to clinch.
“Having seen the unwavering resolve of the Mayor to deliver all PDP candidates in Nsukka LGA, and the good works he is doing for his good people, these agents of the opposition party resorted to these debased, calumnious, ridiculous and condemnable mudslinging. But no matter how they try, the resolve of the Mayor to deliver PDP candidates, including, of course, his boss, Dr. Ifeanyi Ugwuanyi, whose Senatorial Seat is sacrosanct, is unnegotiable.
“The general public is, hereby, urged to disregard these merchants of lies whose stock in trade is to create unnecessary distractions to a government that is determined to deliver democracy deliverables to its people,” he stated.