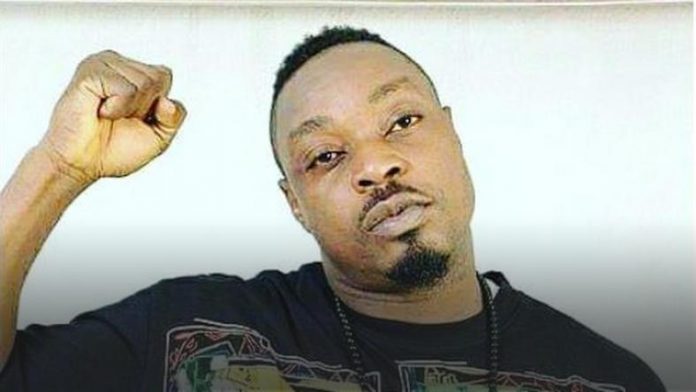 Popular hip-hop musician, Idris Abdul-Kareem, has been dragged to Area ‘F’ Police Command for allegedly beating up his landlord.

The suspect who was invited by the Area commander, Akinbayo Olasoji following a complaint of alleged assault by his landlord Mr. Oladipo Abimbola, was also accused of alleged fraud and drug use.

The confrontation that led to his landlord’s action occured on January 3, 2020 at Valley View Estate, Ikeja after the landlord instructed Ikeja Electricity Distribution Company officials to disconnect Idris’s line due to indebtedness following accumulated  electricity bills to the tune of N535,000.00.

It was gathered that,  Idris, was said to have allegedly forced his way into his landlord’s home beating and strangling him for reporting him to IKEDC.

The Landlord claimed that he rented the apartment to Abdul-Kareem’s wife and not him.

According to him, “Abdul-Kareem’s wife rented my apartment and not her husband”.

He  also claimed that Abdul-Kareem is an anti-social and dangerous person who constantly owes him rent and would stop at nothing to carry out a threat to his life.

Although Idris Abdul-Kareem admitted to warning his landlord, he however accused him sexually harassing his wife in his absence.

He also noted that that the landlord had violated their privacy several times in the past by encroaching on their side of the compound without permission.

He claimed that his landlord had once been arrested for a case of sexual harassment against another female tenant in the past.

It was however gathered that police has extended invitations to witnesses to aid their investigation.