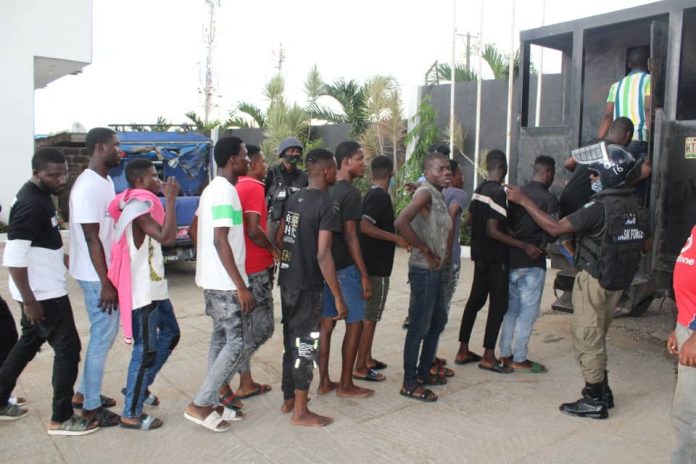 Sixty fun seekers have been arrested on Wednesday at Abule Egba area of Lagos State for violating the lock down orders and not complying with the social distancing pronouncement of the Lagos State government. 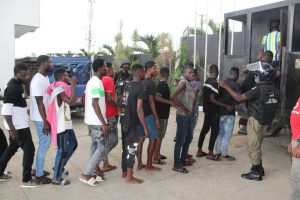 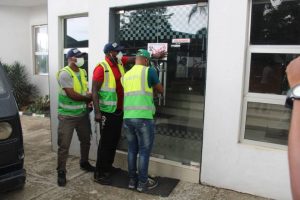 The arrest was made by Lagos State Task Force on COVID-19 when the operatives stormed a surprise party and took 60 fun seeking guests into custody.

The surprise party was held at 84 Parks and Gardens, Idi Oparun bus stop opposite Abattoir at Abule Egba, area of Lagos had in attendance as at the time of the enforcement over 56 youths who have gathered to celebrate against the directive of the President on lock down.

The joint Task force of the Lagos State Environmental Protection Agency, LASEPA, Lagos State Safety Commission, RRS and Task Force according to the team leader, Mr. Kayode Bello, the Director Enforcement and Monitiring LASEPA, the team stormed the party after receiving a tip off from concern citizen of the state of an ongoing birthday party.

Reacting to the seal off, the GM LASEPA, Dolapo Fasawe, “it is no longer business as usual in the State, this pandemic has united us all and encourages citizen participation in terms of information sharing. We responded at exactly 3:10 pm after receiving the information and surprisingly met the youth who were shabbily dressed for a birthday party. It shouldn’t be difficult for us to obey simple instruction and adhere strictly to safety precautions, so as to timely flatten the curve so nolmacy can return back to the world.

“The facility has been sealed off while the youths were taken away by the police for further investigation and profiling. This is to appeal to parents and guardians to seriously warn their wards and stay away from unlawful gathering. All hands are on deck to ensure that there is hidden place for flagrant violators. The war can only be won through the collective efforts of all. We all have a party to play as stakehoders.

In his own part, The DG safety Commission, Mr Lanre Mojola expressed shock that despite the enlightenment and advocacy of the state on social distancing and staying at home, some people can still devised unholistic means to gather and merry when lives are been lost across the globe. “ its disheartening that the youth who are the future of this great nation are insensitive about their health and if not because of them they should think about those people who are to be affected directly or indirectly by their action or inaction.

He further waned facility owners not to allow themselves to be used in perpetrating evils by occupying the centres for unlawful means under the pretense of social gathering.

The duo maintained that the state wont hesitate the apply the provision of the law on event facility owners who defy government orders and cut corners without consideration for the implication all because of financial gain. The stakeholders were carried along and sensitize on the zero tolerance of government to gathering at this crucial period.

I prefer everyone prospering than having few billionaires, by Tony Elumelu

Military admin - January 25, 2022
0
The Chief of Army Staff (COAS), Lieutenant General Faruk Yahaya has made a major move to ensure improvement in welfare of soldiers as he...