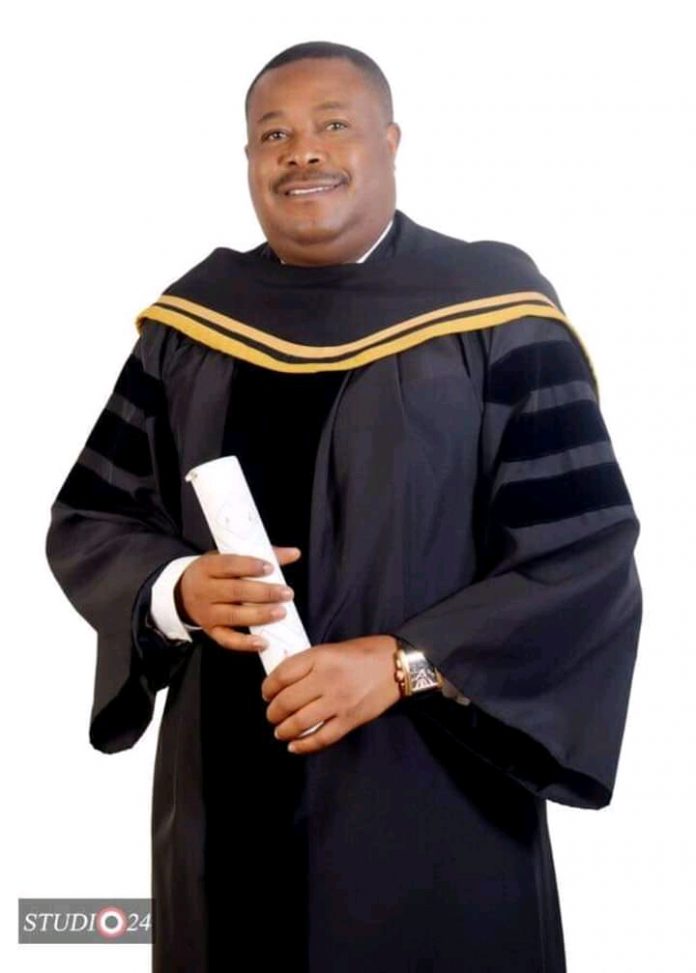 It is significantly pertinent that the imbroglio at Idumuje Ugboko is put in the open without equivocation to clear any doubts and ambiguity in everyone’s mind and knowledge . Without contradiction it is apropos  for a distinct depiction  of events in Idumuje-Ugboko from 2015 to this date in (2020) in consideration of the impish and mischievous subterfuge being disseminated through print and social media in the blatant and barefaced prevarication by certain individuals aimed at tarnishing the impeccably distinguished and resplendent
name and character of Prince Dr Ned Nwoko.
(Prince Ned Nwoko) is a quintessential  philanthropist whose immeasurable passion for magnanimity,compassion and generosity is inestimable

THE FACTS ABOUT THE IDUMUJE -UGBOKO LAND/KINGSHIP ISSUE SPEAKS FOR ITS SELF.

BACKGROUND
On the 16th of March 2015 Prince Dr Ned Nwoko a distinguished  son of Idumuje-Ugboko Kingdom, applied to HRM Obi Albert O. Nwoko III; JP; MON and the Kingdom through his law firm, Linas International Limited requesting 90-Hectare of land adjoining the 33 hectares earlier allocated to him for the purpose of a Diary farm, an International Standard Golf Course and a Sports University (STARS UNIVERSITY, in IDUMUJE-UGBOKO). Community .
A general meeting (Izu-Ani) was convened in April 2015 by the Obi in consultation with the Chiefs in line with the tradition.
After extensive  deliberations on the magnitude of developmental values the projects would bring to Idumuje -Ugboko, community and Aniocha local government the community resolved amongst other decisions that:
1. That a consensual approval be given and the king (Obi) should communicate approval in writing to Linas International Limited through Dr Prince Ned Nwoko as the request came in writing.
2. That the Kingdom will not sell land to Linas International Limited but to go into joint venture with the company using the land as their equity .
3. That the land to be allotted should be mapped out from the kingdom development land and that the tenant-farmers on the land should be compensated.
4. That a Committee made up of representatives of the four (4)  villages, the development Union be set up to be known as the Enlarged Land Allocation Committee. The only Terms of Reference for the Committee headed by the Iyase (Traditional Prime Minister and Mouthpiece of the kingdom) was to work out modalities for the implementation of the decision of the Kingdom, locate and communicate the location of the land and issue a Memorandum of Understanding (MoU) between Linas and Idumuje-Ugboko Kingdom. The MoU will exclusively highlight the composition of shares  , which are as follows 40% equity in the university belongs to Idumuje-Ugboko
community
The king (Obi), wrote to Linas International Limited communicating the resolve of the Kingdom in a letter dated 10th April 2015 through
Dr Prince Ned Nwoko.
It should be pointed out that this area of Idumuje-Ugboko land which covers from the Community boundary from Onicha-Ugbo through to Igbodo and Umunede towns was agreed to be earmarked by the community for development project as a consensus judgement was entered into in 1969 between Onicha-Ugbo and Idumuje-Ugboko at the High Court of the Midwest. This followed a legal battle between the two Communities of Onicha-Ugbo and Idumuje-Ugboko which lasted thirteen (13) years (1956 – 1969).
It was resolved that anyone can farm on the land without cultivating cash crops as the community may choose any particular section of the land for development purposes and the farmer should vacate the land occupied without compensation.
At a stakeholders’ meeting on 11th July, 2015, Prince Ned Nwoko took time to explain in details the work he has done towards the university/Golf projects and the commitment of the entire community. One of the stakeholders present expressed their delight and support and applaud Prince Ned Nwoko’s patriotism and unbridled efforts to uplift his community.

Please stay in touch, I will bring to you the concluding part of this article