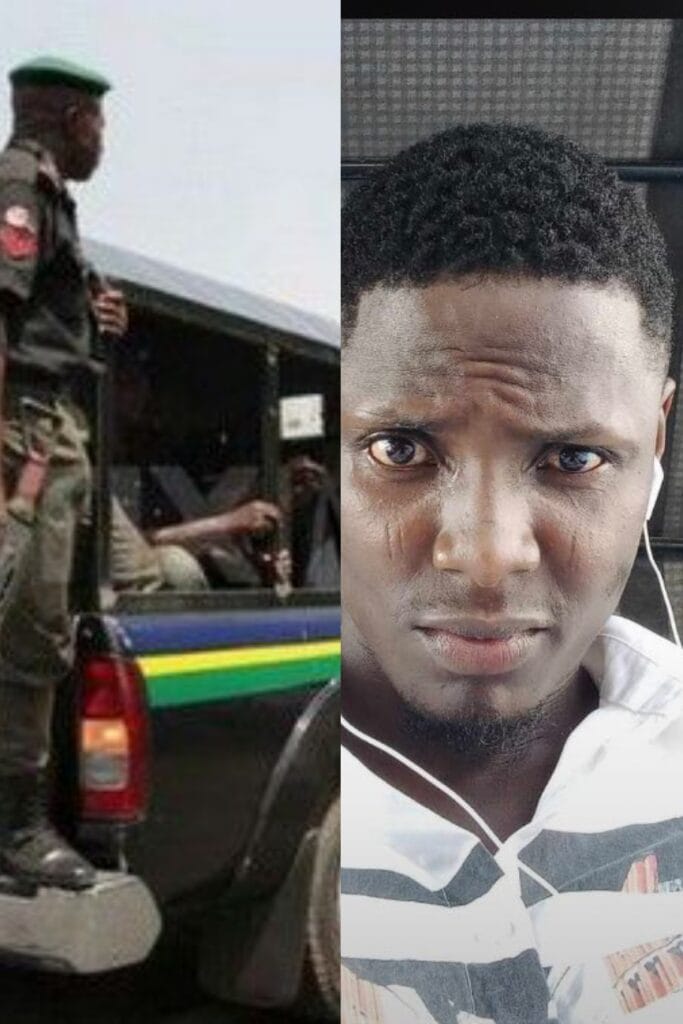 Pandemonium broke out on Wednesday morning following the alledged shooting of a Dubai returnee, Gafaru Buraimoh, a Nigerian man by a Police inspector in the Ajah area of Lagos.

However, situation report has it that the officer behind the shooting, an Inspector of Police, was immediately disarmed, detained, and full-scale investigation has commenced into the incident.

This development was credited to the Lagos State Police Command Spokesperson, SP. Benjamin Hundeyin on Wednesday.

According to him, “At About 2330 hours of Tuesday, December 6 2022, a shooting incident involving men of Ajah Division, resulted in the unfortunate death of Gafaru Buraimoh of Happy Land Estate, Ajah.

Stating further that the Lagos State Police Command through the Area Commander, Elemoro and Divisional Police Officer, Ajah has since notified and established contact with the family.

The Command says it’s commiseratedvwith the family of the deceased over the avoidable and most unfortunate incident.

The Police assured that the already commenced investigation into the immediate and remote circumstances leading to the shooting will be brought to a speedy and conclusive end, while equally ensuring that justice is served.