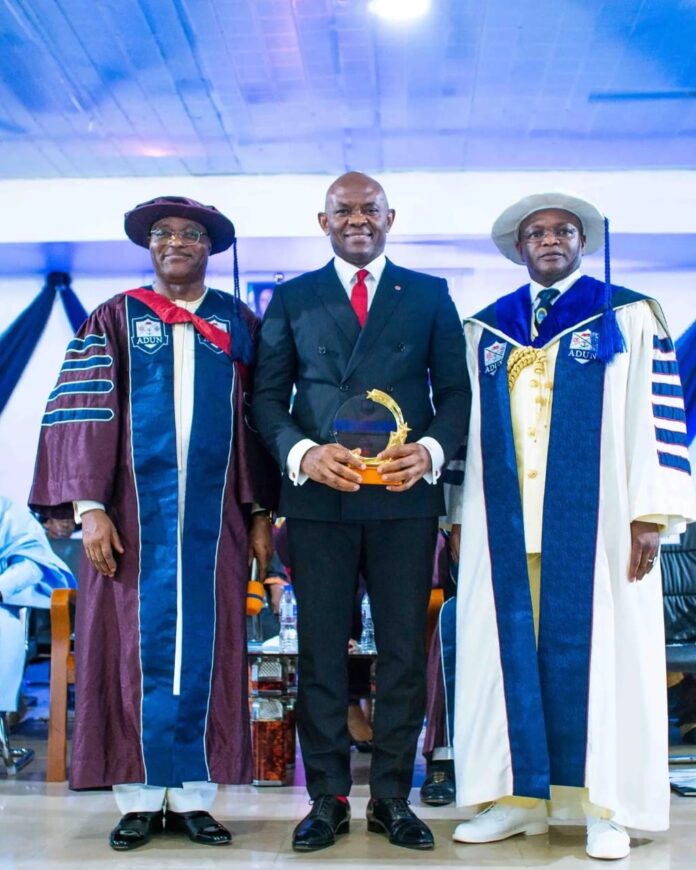 The Delta State Government (DTSG) has assured Management of Admiralty University of Nigeria (ADUN), a Nigerian Navy owned institution of its continued support to the institution.
Advertisement

The Governor of Delta State and Vice Presidential candidate of the Peoples Democratic Party (PDP), Senator Dr. Ifeanyi Okowa, gave the assurance during the maiden convocation ceremony of the school at the multi-purpose hall of the University, Ibusa.

Senator Okowa who was represented by the Secretary to the State Government (SSG), Chief Patrick Ukah, stated that for any society to achieve greatness, it must give priority attention to the education sector.

The governor said that his administration established additional higher institutions in the state to cater for the high number of secondary school leavers from the state, seeking university admission.

He congratulated the graduands for successfully completing their academic programme, while assuring the management of the school that his pledge to the institution in assisting to build a hostel in the campus was on course.

Earlier in his address, the Chief of Naval Staff and Chancellor of ADUN, Vice Admiral Awwal Zubairu Gambo, said the purpose of setting ADUN by the Nigeria Navy was to produce graduates who irrespective of their courses of studies would think and function creatively to achieve economic reliance.

The Chancellor also stated that the Navy also wanted to produce graduates who where in tune with problem solving attitude and the spirit of service to humanity.

Also in their various addresses, the Pro Chancellor, Prof Salihu Mustafa , and Vice Chancellor, Prof Paul Omojo Omaji, admonished the graduands not to forget their alma-mater and to ensure they give back to the institution that birthed them.

A convocation lecture with the theme, “Fostering Global Prosperity: Imperative Of Visionary Leadership”, was delivered by Mr. Tony Elumelu.