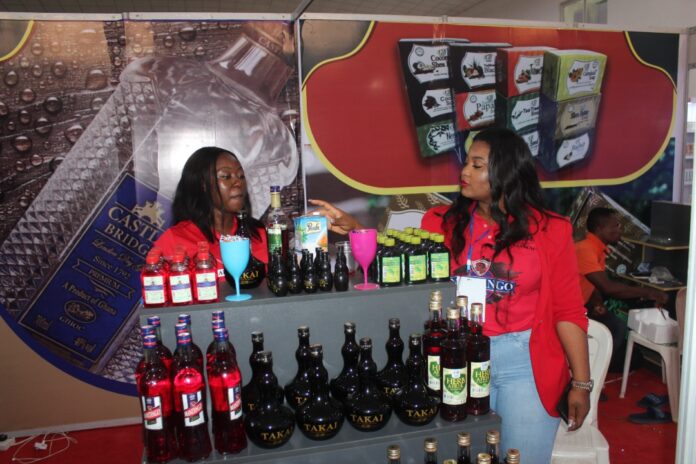 Their stand at the fair is a centre of attraction and their products, became the delight of the shoppers who stormed there to have a taste of the ‘wonder’ GIHOC Herb Afrik Gin Bitters, GIHOC Mandingo Bitters and others.

The products are carefully refined and packaged by Ghana’s foremost GIHOC Distilleries Company Limited, the first modern distillery said to be established in West Africa. It was established by the pre-independence Industrial Corporation (IDC) in 1958 as the State Distilleries Corporation for the manufacture of Alcoholic Beverages.

By NLCD 207, it however became a division of the then Ghana Industrial Holding Corporation (GIHOC) in 1968.

In 1980, the distillery together with 15 other divisions of GIHOC was registered and incorporated as a Limited Liability Company and Wholly owned subsidiary of GIHOC, under Ghana’s Companies Code, 1963 (Act 179). Following the closure of GIHOC, and subsequently the repeal of the statute incorporating it in 1993, GIHOC Distilleries Company Limited (GDCL) became and has since remained a limited liability company, wholly owned by the Government of Ghana.

Its vision is to be the preferred alcoholic beverage Company, returning great profit and value to its shareholders, with a mission to produce and market quality alcoholic and non – alcoholic beverages to satisfy their customers and maximize the expectations of their key stakeholders.