Former Deputy Comptroller General (DCG) of Nigerian Immigration Service and promoter of Conflict Resolution and Migration Awareness Initiative (CRAMAI), Dr. Brasca Ifeadi on Thursday played host to officials of Network of Civil Society Organization Against Child Trafficking, Abuse and Labour (NACTAL) who were in his office in Abuja to verify the status of CRAMAI as an emerging Non-Governmental Organization (NGO).

Members of NACTAL’s Verification Committee led by Ambassador Eunice Odeghe had among other things come to scrutinize the documents, particulars and official operational office of CRAMAI which modest activities have contributed in combating crises and conflict scenarios in Nigeria in the past few years. Other members of the Committee on the verification exercise were Aroh Silverleen Churchill and Vera Igbinadolor.

The organization’s (CRAMAI) efforts have revolved around stemming the tide of such heinous crimes of irregular migration, human trafficking and child labour in what can be described as a terribly traumatized Nigeria’s domestic space.

As an organization, NACTAL is a national and global administrative and regulatory body, which informally oversees the operational modus operandi of all NGO’s and civil society organizations, which registered with it.

Ifeadi, a trailblazer in migration matters retired as a Deputy Comptroller General.

Since his retirement, the Delta born migration consultant has been contributing his bit to ensure a better society through his NGO.

UK ban adoption in Nigeria…..It is not fair to the children, say Adoption agency 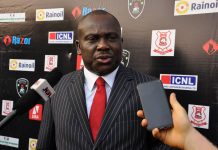