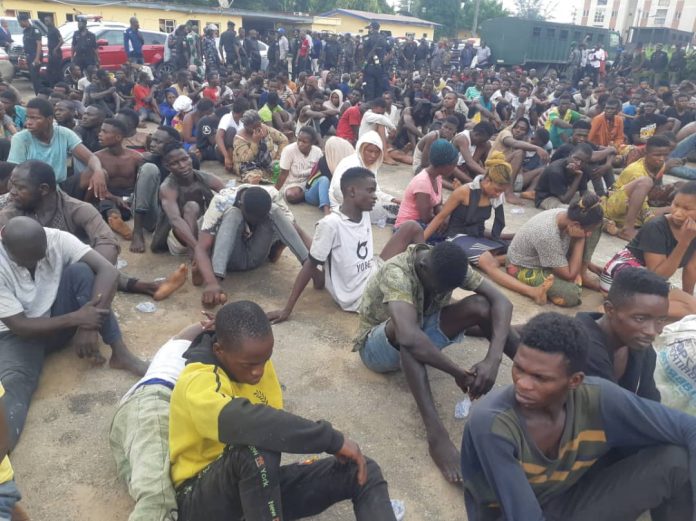 The Lagos State Police Command on Tuesday paraded 520 suspects in connection with looting of shopping malls and private businesses in Lagos. 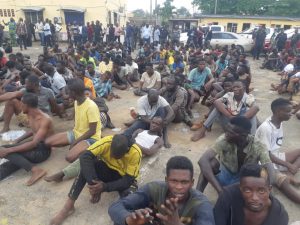 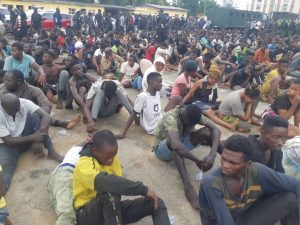 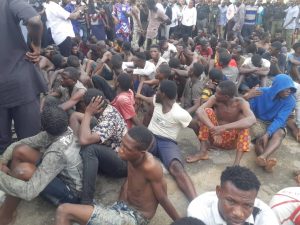 The command said it lost six police officers and 58 patrol vehicles to hoodlums who hijacked the protest.

The Lagos State Commissioner of Police, Mr. Hakeem Odumosu, who paraded the suspected hoodlums arrested during and after the protest at the Command Headquarters, Ikeja, said 38 policemen from various formations/locations within the metropolis were also injured.

According to Odumosu, 58 police vehicles were burnt while 13 were vandalized by the hoodlums, adding that 62 vehicles belonging to individuals and those connected with pending cases were burnt and nine vehicles vandalised.

Odumosu, said 15 motorcycles and tricycles were burnt while 65 others were vandalised at different locations in the state.

“Some private facilities as well as other investments that were partly torched and vandalized/looted included: The Oba of Lagos palace, Television Continental Station at Ikosi- Ketu, Access Bank, GTBank and Ebeano Supermarket at Victoria Island, the Nation Newspapers office at Fatai Atere Street, Matori, Mushin, where only vehicles were burnt, Shoprite Malls at Ajah, LTV 8, Alausa, Ikeja, Surulere, Samsung Outlet at Apple Round About, Festac, Shoprite at Festac, Samsung Office Oyingbo, etc. However, some of the looted items from these outlets/offices have been recovered” he said.

He said based on the incidences, the command was able to arrest a total of 520 suspects for various offences ranging from arson, robbery, murder, rioting, malicious damage, and unlawful possession of fire arms.

He said more importantly, Olamilakan Ibrahim was among those who broke into a new generation bank and carted away cash and other valuables in Lekki.

He said the suspect was arrested with N250, 000 which is the suspect own share of the loot from the banks, and a locally made pistol was recovered from him.

“Also, two suspects, Ruben, 29, Samuel Oyediran, 16, were arrested by RRS operatives for their involvement in burning of the BRT terminal at Berger and TVC Station in Lagos State, respectively” he said.

He said the two suspects were nabbed in possession of left-over of some quantities of Petroleum products with which they set the places ablaze.

“In the light of the above, it is a known fact that the protest was hijacked by armed hoodlums who have been responsible for series of killings, arson and looting of many shopping outlets in the state. Thorough investigation into the cases has commenced. Members of the public should be rest assured that they will be updated as investigation progresses,” he said.

He however, assured citizens to go about their normal duties as the command has reclaimed the public space.