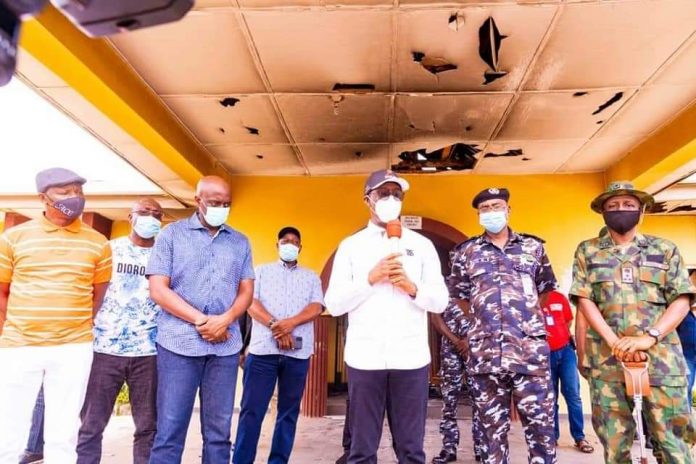 The Senior Special Assistant to the Governor of Delta State on Health Monitoring, Dr. Michael Nwoko has allayed the fear of residents of the state who were hitherto apprehensive over palpable breakdown of law and order following the hijack of the #EndSARS peaceful protest by suspected hoodlums, saying that Dr. Ifeanyi Okowa, has brought the situation under control. 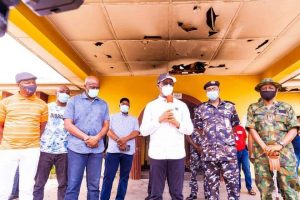 The award-winning aide to the governor gave the assurances while fielding questions from reporters, on the protests in the state on Saturday, October 24, 2020.

“Dr. Arthur Ifeanyi Okowa as a loving father and a youth-friendly governor, empathized with the genuine #EndSARS protesters. He understands the anger and pain of those youths who are genuinely and legitimately protesting against police brutality and bad governance. He had addressed the protesters and so far the Governor has taken the following practical measures to address the concerns of the #EndSARS agitators in Delta State.

“The governor has inaugurated an 8-member Judicial Panel of Enquiry to look into police brutality and other human rights abuses in the State. He has established a Special Victims’ Support Fund for the payment of monetary compensations to deserving victims of police brutality or related extra-judicial killings in the State.

“The Governor is also a leading advocate for proper training and better pay for police officers in order to enhance their professional efficiency. He had  called on Leaders across the Country to immediately begin to right the wrongs by way of addressing leadership failures and bring about better life and opportunities for the teeming youths in the Country”

He added: “His Excellency, having aligned himself with the demands of the youths, can not fold his hands and allow hoodlums, criminals, arsonists and looters to have a field day in the State. No responsible governor allows vandals to take over the streets and destroy critical infrastructure that were built for the purpose of serving the people.

“As you can see, the situation is calm in the State capital and different parts of the State.”

“Personally, I am deeply amazed at the coordinated manner in which the  #EndSARS protesters staged the peaceful protest and also completely aligned myself with the approach adopted by His Excellency, the Governor to address the concerns of the protesters in Delta State. I call upon the organisers of #EndSARS movement in Delta State to leave the streets, protect the infrastructure that the Government have built for the overall good of the people and begin a new phase of the struggle by engaging the Government constructively but must not allow the struggle to be hijacked by hoodlums and criminal elements other wise the overall objectives and goal of the struggle will be undermined.” Dr. Nwoko said.