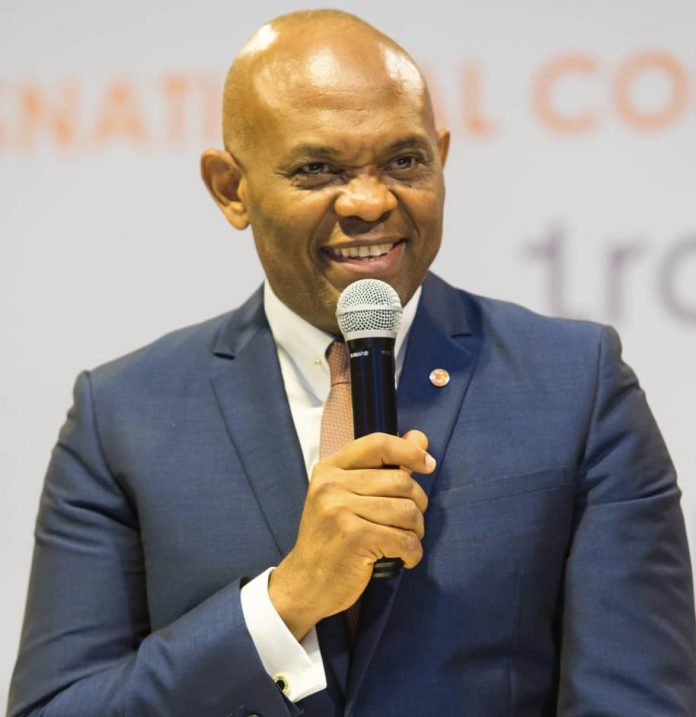 The Chairman, United Bank for Africa (UBA) Plc and Founder of the Tony Elumelu Foundation, has been named on the Ebony Magazine’s just released Ebony Power 100 along with other power houses like the Mayor of Chicago, Mayor Lori Lightfoot; Co-Founder, FUBU, J Alexander Martin; Vice President, Global Partnerships, Google, Incorporated, Bonita Coleman Stewart, amongst many prominent African American and Africans.
The 2020 Ebony Power 100 List recognises the most influential and inspiring individuals who are making a difference in the African-American community in the following categories: Community Crusaders; Doing It For The Culture; Excellence In Media; MVPs; Power Couples; Shining Stars; Social Justice; Titans of Industry; Trailblazers and Women Up.
Elumelu was mentioned in the trailblazing category for the Ebony Power list, for his efforts aimed at encouraging entrepreneurship, instituting luck and reducing poverty on the African continent.
Ebony Chairman and CEO, Willard Jackson, said the company is recognising, showcasing and celebrating the stories and achievements of Black people in all areas of American society and culture.
He said, “We are thrilled to be able to recognise those who are making a difference for our people around the world,” said Willard Jackson, EBONY Chairman and CEO. “Every name on the list is a leader and has had a positive impact on the African-American community. They shape perceptions, influence culture and galvanize communities. They are game-changers at a time when we need people to get in the game.”
Ebony magazine, founded in 1945 by John H, Johnson, is a monthly American publication that focuses on news, culture, and entertainment. Its target audience is the African-American community, and its coverage includes the lifestyles and accomplishments of influential black people, fashion, beauty, and politics.
The magazine is renowned globally for the focus it gives to African-American issues, personalities and interests in a positive and self-affirming manner.