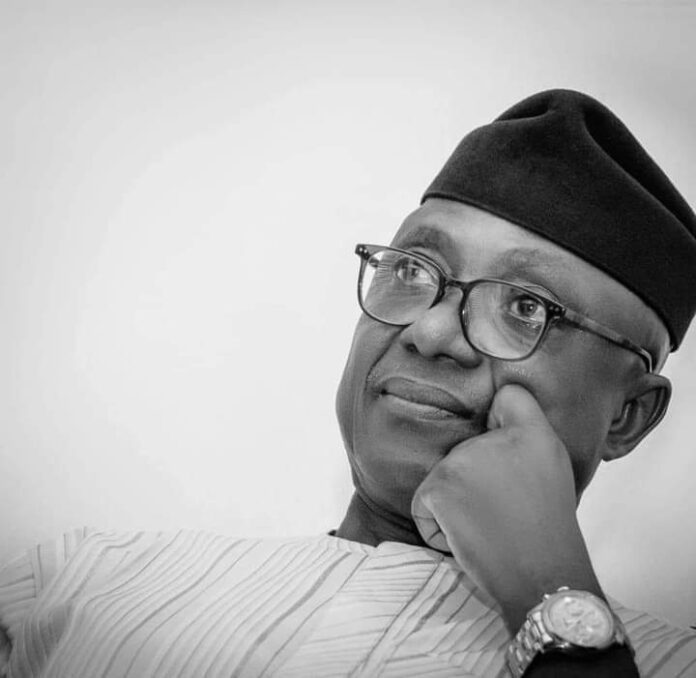 The Ekiti State government has announced the death of the Speaker of the State House of Assembly, Rt. Hon. Funminiyi Afuye.

According to a statement by Yinka Oyebode, Chief Press Secretary to the new governor, Afuye died this evening at the Ekiti State Teaching Hospital, Ado-Ekiti, where he was receiving treatment after suffering a cardiac arrest.

The late Speaker was in attendance at an interfaith service held in Ado-Ekiti yesterday to herald the administration of Governor Biodun Oyebanji.

He later joined the new state governor to inspect a bad portion of Basiri road, in Ado-Ekiti, alongside the Deputy Speaker, Rt. Hon. Hakeem Jamiu and the Head of Service, Barrister Bamidele Agbede.

Afuye was a former Commissioner, Ekiti State Ministry of Information and two- time member of the State Assembly.

He was inaugurated Speaker of the sixth Assembly on June 6, 2019.