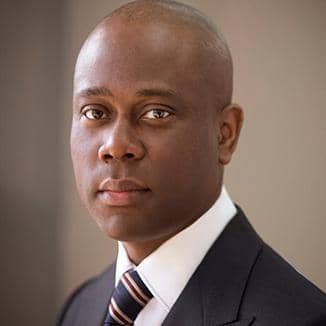 The ex-governor was jailed last December for 12 years after being convicted of N7.65 billion fraud. The court also ordered the winding up of his company.

It was gathered that the defunct Diamond Bank gave loans to Slok.
Following the merger of Diamond Bank with Access Bank, Mr. Wigwe and other officials of Access Bank who were handling the bank’s recovery efforts on Slok credit were invited for interrogation by the EFCC.

A statement on Saturday by Access Bank debunked reports on social media alleging Wigwe’s arrest.
The statement said: “We wish to state that the issue essentially relates to the credit facilities that were availed Slok Nigeria Limited (‘Slok’) by the defunct Diamond Bank Plc (‘Diamond’) and which were secured by Slok’s assets charged to Diamond. Access Bank had inherited the Slok credit following the recent merger of Diamond with Access Bank.

“Given the differing interests of the commission and the bank on the assets of Slok deriving from the court’s recent judgement on Slok, the commission had invited for interrogation officials of Access Bank who were handling the bank’s recovery efforts on Slok credit including its Group Managing Director.”
The bank said it believes that issues relating to Slok investigation have been resolved considering “fruitful engagement between the bank and the commission.”
Access Bank assured its stakeholders that it would continue to conduct its business in line with extant laws and regulations.