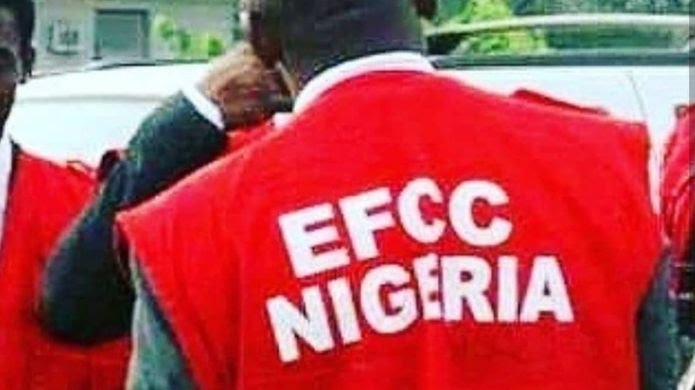 The Economic and Financial Crimes Commission, EFCC, Sokoto Zonal Office on Wednesday, arraigned Zaharaddeen Ibrahim, Micheal Alabi, and Ngozi Agbonjari before Justice Muhammed Muhammed of the Sokoto State High Court on a four-count charge bordering on forgery and conspiracy to steal the sum of N1,205,000.00.
Being a staff of one of the branches of Union Bank Plc in Sokoto State, they allegedly conspired among themselves to issue Automated Teller Machine, ATM cards to an impostor in the name of bonafide customers of the bank which was used to withdraw the said money for their personal use.

The money was stolen from the accounts meant for the Home Grown School Feeding Program, HGSFP initiative of the Federal Government of Nigeria for primary school pupils spread across the 23 local government areas of the state.
Count one reads: “That you, Zaharaddeen Ibrahim while being the Direct Sales Agent of Union Bank Plc, Michael Alabi, while being the Sales Service Executive of Union Bank Plc, Ngozi Agbonjaru, while being the Bank teller of Union Bank Plc, Aisha Sambo and Sa’adatu Musa (now at large) sometimes in 2019 at Sokoto within the Judicial Division of the High Court of Justice of Sokoto State, did conspire among yourselves to do an illegal act to wit: Theft from the Union Bank Plc accounts of Fadima Ahmadu and Sadiya Bello and thereby committed an offence contrary to Section 59 of the Sokoto state Panel Code Law 2019 and punishable under Section 60(2) of the same Law.”
They pleaded “not guilty” to the charges when it was read to them.

Nwoko bags NAPS prestigious award of the University of Benin

Humanity admin - May 8, 2021
0
By Justin Dibie President of Virgin’s Fitness and Wellness Club in Lagos, Jon Tudy Kachikwu has led his members to donate generously to cerebral palsy...

Humanity admin - May 8, 2021
0
By Ozioma Dibie   Josephine and Agatha Osakwe Foundation (JAOF) have shortlisted 28 candidates from various tertiary institutions across Nigeria for its 2020/2021 undergraduate scholarship programme. According...

Crime admin - May 6, 2021
0
Suspected hoodlums have gone berserk, attacking facilities at the Mile 12 in Kosofe Local Government Area of Lagos State. Residents were said to have fled...