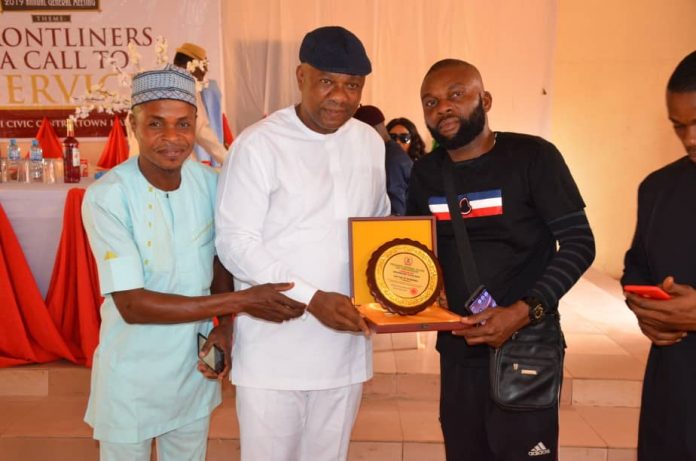 Commercial town of Umunede stood still for their son, CSP Philip Rieninwa who has brought glory to his birth place. 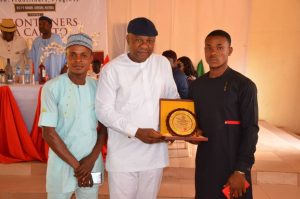 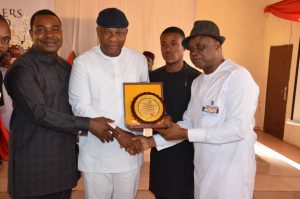 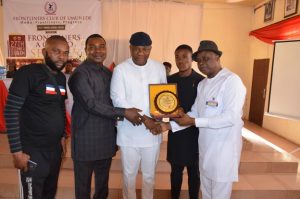 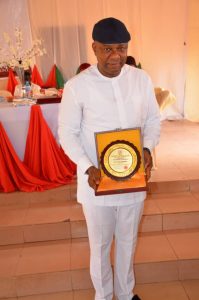 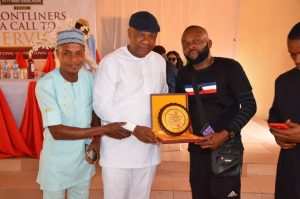 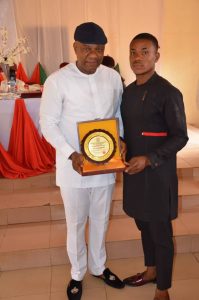 Rieninwa was bestowed with the highest award alongside other eminent professors and top ranking Customs officer for being good ambassadors of the community in Federal government institutions.

The event, which held at Agadagidi Civic centre, Umunede on December 27, 2019 hosted tick sons and daughters of the town.

There was a wild ovation when it was the turn of Rieninwa, the head of IGP Intelligence Respond Team (IRT), South west to receive his award.

Indigenes could not hold back their joy for an officer who has been a source of inspiration to them.

Talk of one officer who is very loyal and submissive to his superior officers, you have implicit mentioning of Chief Superintendent of Police, Phillip Rieninwa, the sector Commander, Inspector General Police-Intelligence Response Team, South West, Nigeria.

CSP Phillip is among the tools in the hand of the no- nonsense and dreaded but humble commander of IGP-IRT, DCP Abba Kyari, the crime bursting arm of Nigeria Police Force.

The Delta State born super cop and easy going police officer, supol Rieninwa has a BSC (Hons) in sociology from the prestigious University of Lagos; after which he joined the force as cadet officer, having attended the police college, wudil, Kano State; even despite his previous enlistment in other ranks. He has since worked as a coordinator, SIB, Area F, Ikeja, Lagos; crime officer, Fagge police station, Kano State; Traffic officer, sabon gari division, Kano State; Team leader, Special Anti-Robbery Squad, Ikeja Lagos State and amongst many other postings before elevation to sector Commander, IGP-IRT, South West. In the course of his very impressive career, CSP Phillip RIENINWA has travelled extensively locally and abroad to attend various proffessional courses which include VIP iprotection course/ Body Guarding in the United States of America, crime Detective course, Enugu State, Intelligent and tracking course, Enugu and amongst other courses. In view of hard work in intelligent gathering, tracking and apprehension of so many kidnappers, armed robbers and heinous crime, many award has been given to CSP Phillip Rieninwa as follows: Gallantry award in Anti- kidnapping by Crime Reporters Association of Nigeria (CRAN), Gallantry award for best heinous crime buster by Crime World Newspaper, most distinguished police officer in the fight against crime and criminality by fresh facts magazine, Nigeria Journalists’ award for Gallantry in crime fighting, Nigeria peace magazine award of excellence for service to humanity, City Pride Achiever’s Award for crime fighting, crime fighter excellent award, citizen focus foundation special recognition award, Ambassador of peace and security award by Lagos watch, pillar of peace and security award by Alimosho Times Newspaper, African blueprint magazine meritorious Excellence gold award and other over fifty awards in his shelf. Reliable and dependable CSP Phillip is a good motivator of officers under his watch, for that, his men nicknamed him as Ochiri meaning king of boys. He is married with wonderful and blessed children