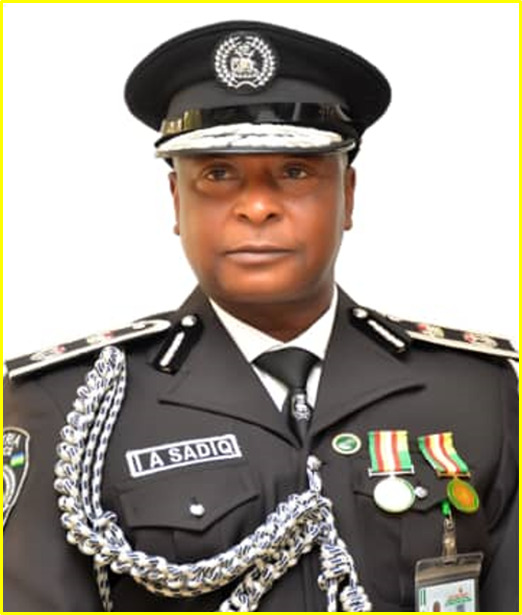 CP Sadiq takes over from CP Babaji Sunday who has been redeployed to another area of assignment.

According to FCT police spokesperson, DSP Josephine Adeh, CP Sadiq, a member of the National Institute for Policy and Strategic Studies (NIPSS), Kuru-Jos, holds a Doctor of Philosophy (PhD) and a Masters of Education in Educational Psychology, both from University of Abuja. He also holds a Bachelor of Science Education (BSc.Ed) degree in Geography from Usmanu Danfodiyo University Sokoto.

CP Sadiq enlisted into the Nigeria Police Force (NPF) in 1992, as a Cadet Assistant Superintendent of Police and has since served the Force and the country at large in diverse capacities. These include; Commanding Officer 15 Squadron Police Mobile Force (PMF) Ilorin, Kwara State; Chief of Training, Directorate of Peacekeeping Operations, FHQ, Abuja; Police Contingent Commander to Guinea Bissau, ECOWAS Standby Force; and Commandant, PMF Training College Ila-Orangun, Osun State. He was the Commissioner of Police Peacekeeping Operations and Coordinator Police Special Forces before his nomination for the Senior Executive Course at the National Institute between February and December, 2022.

CP Sadiq, while thanking the Inspector General of Police, for the confidence reposed on him to serve in this capacity, assured the residents of FCT of a new dispensation of professional policing, and improved public safety and security. He equally warned criminal elements in the FCT to steer clear and commit to legitimate ventures, noting the resolve of the Command under his watch to make the therein uncomfortable for crimes and criminality.

Meanwhile, the CP calls on the residents to continue to support the Police, assuring that work commences immediately.