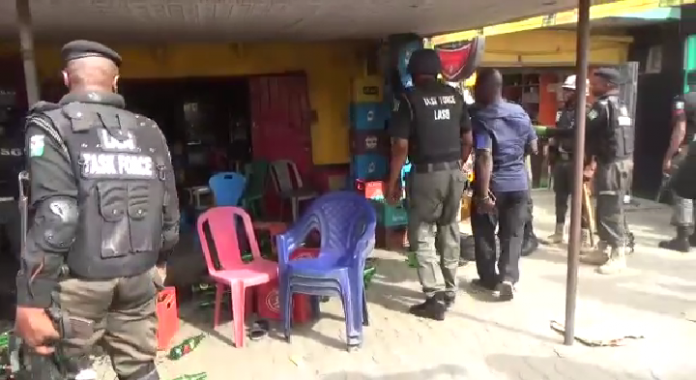 The Commissioner of Police, Lagos State Command, CP Hakeem Odumosu, has apprehended police officers seen in viral video destroying wares in a shop in a bid to enforce the ‘stay at home’ directive of Lagos State government.

According to spokesman of the command, Bala Elkana, “The CP is saddened with the apparent unprofessional conduct exhibited by some police officers identified in a trending video and has ordered for their immediate arrest and investigation.

“They are currently subjected to internal disciplinary proceedings known as “Orderly Room trial’ at the Provost Department, State Command Headquarters Ikeja, to serve as deterrent to others. Their conduct is totally condemned as it fell short of our professional standards and rules of engagement.

“Police officers involved in the enforcement of restriction orders across the state are further warned to exercise their discretionary powers with utmost professionalism, compassion and respect for the rights of the citizens. The Commissioner of Police reaffirm his stance on zero tolerance for impunity by Police Officers.