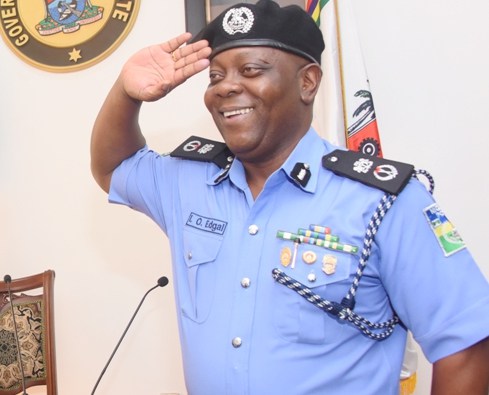 In line with directives of the Inspector-General of police on measures to curb the excesses of policemen attached to the Federal Special Anti-Robbery Squad, (FSARS), and other tactical units, the Commissioner of Police, Federal Special Anti-Robbery Squad, Imohimi Edgal, yesterday, embarked on measures towards implementing the police boss’s directives.

CP Edgal told The Guardian on telephone that henceforth, no personnel of the Federal Anti-Robbery Squad (FSARS), would be issued firearms except for guard duties, at base and to respond to violent crimes as they occur.
He stated that all FSARS teams on routine patrol have been withdrawn in compliance with the IGP’s directive. According to him, in order to improve on the efficiency and effectiveness of FSARS and ensure that they uphold the fundamental human rights of the citizens, we have drawn up a training/capacity workshop which will kick off this week in Abuja in collaboration with our civilian partners and Non Governmental Organisations, (NGO’s) aimed at emphasizing the tenets of rule of law and fundamental rights of Nigerians. He further said that no FSARS personnel will henceforth attend to any violent crimes except he was kitted in his approved jacket to guide members of the public. “Only FSARS operatives have the right to wear a jacket with the inscription ‘FSARS’. All other state Special Anti Robbery Squads, (SAR), which are commanded by state commissioners of police are to wear the inscription SARS without F.” CP Edgal therefore called on state Commissioners and Commanders of tactical units to join hands to ensure the total success of all the directives and reforms regarding FSARS and SARS operations by the Inspector General of Police, Muhammed Adamu. He re-assured members of the public that the era of ‘slap on the wrist or cover ups’ of any policeman caught involving himself in any matter that will tarnish the image of the force was over. “Henceforth, maximum disciplinary penalty awaits such policemen, he stated.