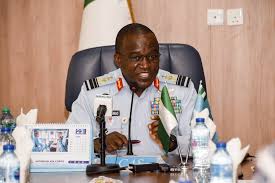 As part of routine exercise aimed at ensuring operational efficiency and effective service delivery, the Chief of the Air Staff (CAS), Air Marshal Oladayo Amao has approved the appointment and redeployment of new Branch Chiefs, Air Officers Commanding (AOCs), Commandants of Tri-Service and Nigerian Air Force (NAF) Institutions including a new Spokesperson and other senior officers.

“While congratulating the new appointees, Air Marshal Amao charged them to bring their professional experiences to bear and continually explore new methods of proffering workable solutions and renewed strategies to resolving the security challenges in the country. The newly appointed and redeployed senior officers are expected to assume their offices on or before Friday, 6 January 2023.”