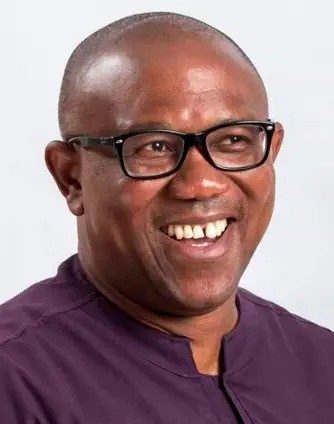 The presidential candidate of the Labour Party (LP), Mr. Peter Obi has called on the Nigeria electorates to use their votes to take back the nation from the bondage of bad leadership.

Obi made the call on Monday in his address at the Labour party presidential campaign rally held at the Oshimili Arcade, Asaba.

He said time has come for Nigerians to rise up and put an end to bad leadership which he said had plagued the country over the years.

“Nigeria has become synonimous with suffering. We are suffering in a land of abundant resources.

“Insecurity has become the order of the day. Our teeming youths have no job and you can’t pinpoint any sector of our economy that is working well.

“All this are products of bad leadership and that is why am calling on Nigerians to go to the polls and use their votes wisely because enough is enough,” Obi said.

The LP presidential candidate said that he and his running mate, Mr. Datti Baba-Ahmed share a common belief in the unity of Nigeria because there have no other country other than Nigeria.

According to him, they have chosen to rebuild Nigeria and restore the citizen’s belief in the workability of the Nigerian state.

He promised that the Obi/Datti presidency would make education work again, adding that his administration would ensure there would be no more industrial strikes in the sector.

On the economy, Obi disclosed that his administration would evolve a blueprint for economic recovery that would witness massive wealth creation.

He said: “You know that am a trader, business is my job. I know how to create wealth, and that is what we will do for Nigeria.

“The Obi/Datti presidency will work day and night to make all sector of our economy work again, that is the spirit of the new Nigeria that we represent.

“Let me say it here, presidency is nobody’s turn. Don’t let anybody tell you is his turn. Rather, as Nigerians, it is your turn to take back your country.”

In his remark, the Labour Party presidential running mate, Mr. Datti Baba-Ahmed said he and Obi are the formidable force to beat ahead of the February 25 elections.

“They can not face us, they know that they can not stand Obi and I because Nigerians are wiser now.

“They hid behind the truth and talk about structure, the structure that they use to destroy Nigeria.

“Nigeria has never had it so good in terms of our combination. Obi and I are going to be the best thing to happen to Nigeria,” Datti said.

He maitained that the 2023 general elections is as good as being won by the Labour party, adding that “once we win, we are going to stop the killings and start healing Nigeria.”

Also speaking at the rally, the Delta governorahip candidate of the Labour Party, Mr. Kennedy Pela called on electorates in Delta to vote for the party at all levels.

He said that the Obi/Datti ticket is on a rescue mission to liberate Nigeria from the clutches of maladministration which he said has resulted in socio-economic woes.

“Nigerians need a change for good and our presidential candidate and his running mate presents the solution that we all yearn for.

“Also, my ambition to govern Delta is borne out of the desire to reposition the state from 24 years of waste,” Pela said.

Our correspondent reports that the LP presidential rally witnessed a massive turnout of supporters who thronged the Oshimili arcade ground in solidarity to the Obi/Datti ticket.